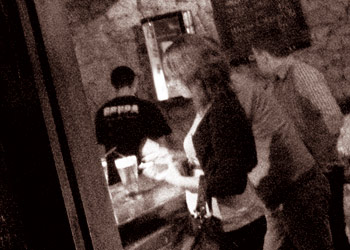 “Ile kosztuje piwo tutaj?” – “How much does a beer cost here?” These four words may look daunting to a tourist freshly arrived in Krakow, but they can be essential to ensuring a good experience in the city. It is no mistake that in the last five years Krakow has gone from virtually unknown to one of the most visited cities in Europe. Krakow is unquestionably beautiful, fascinating and has an incredibly dynamic and varied nightlife. For many visitors, the city does indeed live up to its fairy tale image. Like most fairy tales however, Krakow has a dark side.

Compared to most modern cities, Krakow’s Old Town is remarkably safe and visitors are free to enjoy its 500-plus bars and cafes in relative peace and harmony. Long ago the city outlawed strip clubs and brothels in the Old Town so, for most visitors, Krakow is a family show. If you look below the surface however, Krakow functions just like any other city and is susceptible to the same dangers, scandals and most certainly, corruption. Recently, a few serious problems have arisen that call into question how safe the city actually is. How these problems are dealt with may very well help to define the city and its all-important image for years to come.

One of the oldest nightclub scams in the world has recently reared its head in the very heart of Krakow, just a minute’s walk from the Main Market Square. Reports of foreigners being fleeced of extortionate sums of money at clubs within the Old Town have raised concerns that Krakow may meet the same fate of Riga or Prague.

The Krakow Post has received numerous reports of one particular scam that follows an unswerving pattern: On a weekend night, typically in the early hours, two beautiful women approach a foreigner or a small group of foreigners. They suggest a specific club where they would like to go, and ask the men to accompany them. The men, usually having had enough alcohol already to affect their judgement, agree and are led to an upscale nightclub. Inside, there are no menus or prices in view. The men order drinks for themselves and their new lady friends, and after some time the bill arrives and the trouble begins. Several visitors have reported being charged sums between a few hundred and several thousand złoty for a handful of drinks. Upon request, the waitress then brings a menu that lists the prices of the drinks. If the tourist attempts to resist or negotiate, bouncers appear to ensure that the payment is made in full.

Several complaints sent directly to the Krakow Post specifically named the Saxon Club on ul. św. Tomasza. In one, a man named Vincent G. writes that he was charged 250 złoty for one shot of whiskey at Saxon. In another, a visitor from South America claims that he was charged 965 złoty for three drinks at the club (one gin and tonic for himself for 65, and two “love drinks” for each of the girls, priced at 450), adding that he “was forced and threatened by some strong guys” and therefore paid the full sum. He also wrote that afterwards he tried to file a report with the Krakow police department about the incident and they allegedly told him that they couldn’t help him at all and it was his fault that he didn’t ask the price of the drinks before ordering them. Some may concede the police have a point, yet one might also also find it troubling if this is the official position on this kind of behaviour. By the time police do act, some fear it could be too late.

The scam originally surfaced in local daily Gazeta Krakowska. On 16 November, the paper published an in-depth investigative article about the Saxon Club, in which they tried to get to the bottom of how the scheme works, discovering a few vital details. For instance, they paid the 40 złoty entrance fee (free if brought in by women) and took a look around Saxon’s plush interiors, not forgetting to peruse the menu. Besides the mysterious “love drink” for 450 złoty (actually called the Saxon Special), they report that beer costs 50 złoty, vodka and whiskey is 70 złoty, and from the VIP room menu one can purchase such delicacies as a Pole Dance for 250 złoty, 15 minutes in a private room for 700 złoty, whilst the coup de grace is an hour of “free time” for 2,000 złoty. The Gazeta Krakowska journalists didn’t make it into the VIP room to actually affirm what was going on, but the menu descriptions do not leave much to the imagination.

Furthermore, the owner of Saxon also appears to own a club in Riga (also called Saxon). On 20 November 2008 the American Embassy in Latvia officially blacklisted Saxon in Riga, along with seven other nightclubs running similar scams, and recommended that American citizens should avoid these clubs at all costs.

So what can be done if you’re visiting Krakow, and keen to enjoy the city’s nightlife? First of all, use common sense if approached by strangers. Also, be aware that this kind of activity is not limited to one club. According to another local source, several other bars/clubs on ul. Sławkowska, Floriańska and św. Marka have been linked to the scheme. If more tourists are aware of such dangers, these kinds of businesses stand a smaller chance of getting off the ground in the first place.