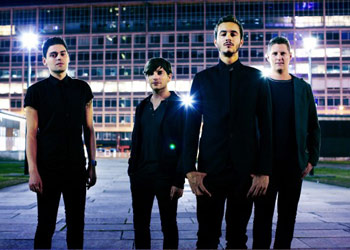 Polish fans of indie rock have undoubtedly heard of the band Editors, who will be rocking Krakow’s Klub Studio on 25 November. However, few may know that the band is shooting their next music video right here in Krakow.

After their concert in Warsaw last night, the band arrived in Krakow today ahead of their performance to shoot on location. A majority of the video will take place in Krakow’s legendary Alchemia in the Kazimierz district, with additional shooting on the Planty and on a couple of streets in the Old Town.

The band released their latest full-length album, In This Light and on This Evening, in October 2009. The concert at Studio begins at 8 pm. Tickets are 89 złoty and can be bought online, or at the door for 100 złoty.