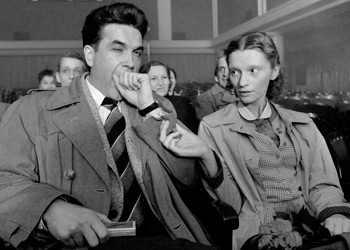 Already hailed by critics as the “best Polish film of 2009”, Rewers is opening across Poland today. The film is the first feature by director Borys Lankosz, and has already swept the top prizes at the prestigious Gdynia Film Festival this year. It has also been submitted as the Polish entry for next year’s Oscars.

While the majority of the film takes place in Stalinist Warsaw, the main focus is on the relationship between three generations of women rather than the specific historical period, making the story universal.

The film opens in several cinemas in Krakow, including Pod Baranami. Be sure to see our interview with director Borys Lankosz in the December issue of the Krakow Post.