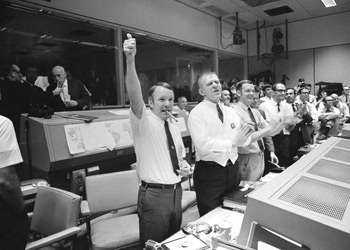 The American Consulate in Krakow is expanding its reach to the Swietokrzyskie Voivodship, the voivodship just north of Lesser Poland, of which Kielce is the capital and largest city. The region has a population of about 1.3 million and is home to the Świętokrzyski National Park.

Beginning 15 November, residents of the Swietokrzyskie Voivodship will be able to travel to the consulate in Krakow for all of their consular needs, such as American visas, passport renewals for American citizens, and other services. Previously, residents had to travel to the American Embassy in Warsaw.

In addition to providing a more convenient location for Swietokrzyskie residents to obtain consular services, this means that the U.S. mission will also be able to fulfil a greater role in the region’s cultural events. And to celebrate the voivodship’s inclusion in the Krakow Consulate’s reach, an exhibition opened in Kielce on 9 November celebrating 50 years of the NASA program. The exhibition, titled “The New Era of Discovery – 50th Anniversary of NASA” will be shown in the Department of Mathematics and Science of the Jan Kochanowski University in Kielce until 30 November.