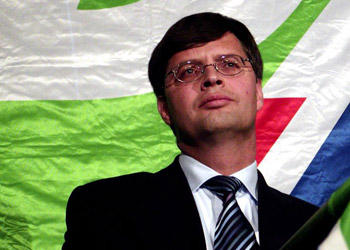 The Polish ambassador to the European Union, Jan Tombinski, has stated that a “very active lobby” is taking place, which will make Dutch Prime Minister Jan Peter Balkenende most likely the first EU President, which in practise will be the chairman of the European Council.

Now that the Czech Republic has signed the Lisbon Treaty, the name game has begun and a slip of the tongue by the Polish EU ambassador, as well as some quotes by other highly-ranked European politicians, have created an interesting insight on who’s to be the first EU President.

The words spoken by Tombinski have caused a major stir in the Low Countries. In The Netherlands most people are upset. For the majority, the Dutch prime minister appears invisible and the people therefore would like to see him go to Brussels, while another part would see the move as a lack of respect for the democratic vote of 2007, where Christian Democrat Balkenende deserved a fourth term as Dutch Prime Minister. Since the EU president is a non-democratically elected post as well, most of the Dutch say “good riddance” to the unpopular Prime Minister, with a sense of bitterness.

In Belgium, the words of the Polish delegate had the impact of a bomb. The Belgians were quite convinced that their Christian Democrat Prime Minister Herman van Rompuy held the best cards for the job. It is known to many that a Christian Democrat will become the first EU president and that an experienced government leader of smaller nations, such as the Low Countries, with a long pro-European history are top favourites. Other candidates include Luxembourg Prime Minister Jean-Claude Juncker and former British Prime Minister Tony Blair.

Second, the Social Democratic faction is not the largest within the European Parliament and is unlikely to gain majority support for one of their candidates. Finally, the name of Tony Blair recalls too much of the Bush era, something that none of the larger factions within the Parliament desire, especially now that the Americans themselves have chosen a different course with their new president, according to the Austrian socialist Chancellor Werner Faymann, as well as the socialist Foreign Minister of Luxembourg Jean Asselborn.

As a compromise, the Dutch have opted for British Foreign Minister Dave Miliband to become the new High Representative of the EU, also unofficially known as the European Minister of Foreign Affairs, a position currently held by Spaniard Social Democrat Javier Solana. Because Miliband also is of the Social Democratic colour, the Dutch compromise is being supported by Great Britain and Spain, both countries currently governed by Social Democrat cabinets. This has boosted the chances for the Dutch prime minister, as confirmed by the Polish delegate Tombinski. Because of Belgium’s political instability and because of the increasing Euro-sceptic behaviour of the Dutch, Poland is likely to support The Netherlands.

On the other hand, countries such as France and Germany are said to favour Belgium out of symbolism and practical issues. The country’s capital, Brussels, is also the heart of the European Union and not unimportant for the two supporting countries; French and German are official languages in Belgium, alongside Dutch (Flemish). Also, the decline of the European Constitution by the Dutch back in 2005 under the same Prime Minister Balkenende, as well as his support for the wars in Afghanistan and Iraq, which also ties him to former American President Bush, are a reason for France and Germany to support the Belgian candidate, rather than the Dutch.