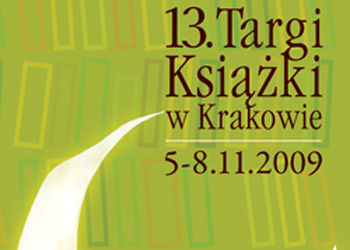 Beginning with the first Joseph Conrad Festival and finishing with the annual Krakow Book Fair, this weekend is a huge treat for Cracovian book worms.

Though named after the literary legend that spent his boyhood in Krakow, Joseph Conrad (then called Józef Korzeniowski), the festival is a broad literary event, designed to attract a wide audience from across the globe. Various countries and languages will be represented by several distinguished guests, including winners of prestigious prizes as well as authors of international bestsellers.

Meanwhile, the annual Book Fair, now in its 13th edition, will coincide with the festival this year. Publishers, authors, booksellers and literature enthusiasts will all join forces at the exhibition centre on ul. Centralna (reachable by trams 1, 14 or 22). The fair includes plenty of English titles as well, and most of the largest Polish publishing houses will be represented.

The Conrad festival takes place from 3 through 7 November, while the Book Fair will be on from 5 to 8 November.

For more information on the Conrad Festival, see conradfestival.pl.