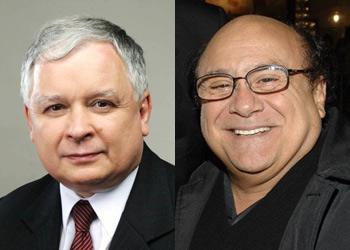 Tongues were set wagging in Hollywood when Die Hard 2 director Renny Harlin announced plans to make a film about the Russian-Georgian war.

But over in Poland, it was the matter of who would play President Lech Kaczyński that sparked the most interest. Pint-sized performers Danny Devito and Joe Pesci emerged as favourites amongst Polish internauts. However, it looks like Iranian-born American actor Marshall Manesh may well have won the director’s favour. Although not a heavyweight player, Manesh has had a fruitful career, winning roles in such classics as The Big Lebowski and Pirates of the Caribbean: At World’s End.

The part of President Kaczyński in Harlin’s movie is rather a small one, in both senses. A pro-Georgian rally in Tbilisi would be about the extent of the role. Meanwhile, Andy Garcia (Ocean’s Eleven, The Untouchables), has snapped up the role of Georgian President Mikheil Saakashvili.