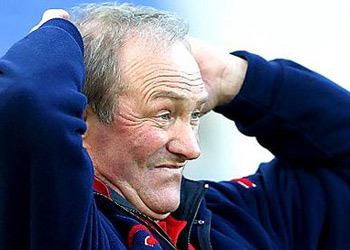 Franciszek Smuda has been named the new coach of Poland’s national football team. The PZPN (Polish National Football Union) voted nearly unanimously for Smuda, with only one vote out of 16 going against him. The only person that did not vote for Smuda was Stefan Majewski, who had been the interim coach after Leo Beenhakker was fired in September.

Grzegorz Lato, the president of PZPN, said that Smuda is to coach the national team until the Euro 2012 tournament in Poland and Ukraine.

Antoni Piechniczek, PZPN’s vice president, said about Smuda, “He has the right personality and knows how to find a common language with the players. He has charisma, thanks to which he knows how to show the players their place in the team.” Piechniczek added that Smuda’s performance will be evaluated along the way.

Smuda, who is currently the coach of Zagłębie Lubin, is known for reaching the group phase of the Champions League in 1996 with Widzew Łódź, which no Polish coach has since done with a Polish club. He also won the Polish Championship with the same team in 1996 and 1997, and again in 1999 with Wisła Krakow. He also coached Legia Warszawa, and last season he led Lech Poznań into the third round of the UEFA Cup.