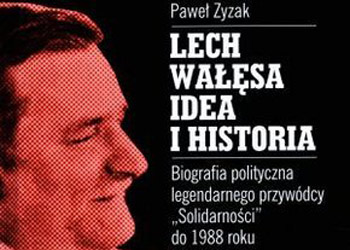 Lech Walesa’s daughter, Anna Domińska, is filing a suit against Arcana, the publisher of Paweł Zyzak’s book, Lech Wałęsa. Idea and History. She has filed the suit in a Kraków court, and is also trying to stop any further distribution of the book.

Zyzak’s book was originally his masters thesis at Jagiellonian University, and was published after he successfully defended it. It is a biography of Lech Wałęsa, and its release earlier this year unleashed fierce criticism and controversy. One of the main reasons for that is that Zyzak based some of his controversial statements about Wałęsa on anonymous sources.

One of the most controversial parts of the book is a section about a child that Wałęsa allegedly had out of wedlock in the 1960s. The book claims that he escaped his village because of his girlfriend’s pregnancy and went to work in Gdańsk. The child later died by drowning, and Wałesa supposedly attended the funeral but the child’s mother was too distraught to speak to him. The book also suggests that Wałęsa collaborated with the communist Secret Police (SB).

Domińska is arguing that parts of the book are insulting and untrue, and attempt to ruin her father’s good name. Her husband, Adam Domiński, told Gazeta Wyborcza, “My wife recently read Zyzak’s book. We received a copy from a friend, and all the places where the author misses the truth or insults my father-in-law are marked. We have small children. We don’t want them to someday read a deceitful biography about their grandpa. That is why my wife wants additional printings of the book to be withheld, and the book in its present form not to be distributed. The biography is written in an insulting tone. It’s more of a lampoon than a historical book. The author, while slandering Lech Wałęsa, refers to anonymous sources. We want people who take this book into their hands to be conscious that it contains lies.”

Domińska is upset by parts of the book that refer to Wałęsa as being a “drunkard” and “intellectually limited.” Gazeta Wyborcza reports that in the suit, she claims that she is personally offended by such accusations because she was raised in an ethos of Solidarity.

Domińska’s lawyer, Ryszard Rydiger, who has already himself brought a suit against the book’s publisher, told Gazeta Wyborcza, “I am a lawyer, I am not hiding that, but, I am also a citizen and this book outrages me and affects me personally.” He added that he is not against freedom of speech or academic research, but, the book just attacks and belittles its subject.

Zyzak and his thesis supervisor, Professor Andrzej Nowak, have defended the book. They claim that only a few pages out of more than 600 address Wałęsa’s illegitimate child, and it is unfair to focus all of the attention on those few pages. Nowak also argues that the book attempts to answer important questions about Wałęsa’s past, and that such a discussion should not be censored out of the public domain.

Accusations of collaboration with the SB are nothing new for Wałęsa. He was previously accused of doing so by two historians from the National Institute of Remembrance (IPN), who published a book about it in 2008. That book also brought about fierce controversy surrounding Wałęsa. However, most Poles continue to think of him as a national hero that brought communism to its knees, even if his past is uncertain, and his political career after 1989 was rocky.

The court process regarding Domińska’s suit will begin this week.