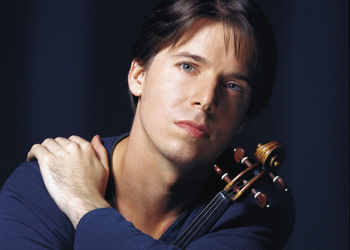 Joshua Bell, the American-born violin prodigy who has performed with some of the best orchestras in the world, appeared in Warsaw yesterday evening at a charity concert. The packed performance at the Warsaw Opera House was staged to raise funds for the planned Museum of the History of Polish Jews.

Bell performed Johannes Brahms’ music during the concert, which raised several hundred thousand dollars for the museum. He was accompanied by the Opera House orchestra, which was directed by Israeli conductor Gabriel Chmura. The steep ticket prices (the most expensive tickets ever sold in Poland – 350 euro within Poland, 500 euro for other European nationalities, $1,500 in the U.S.) did not deter attendance, and the orchestra performed in front of a full house.

The museum had sought funding for years, but construction began on the Jewish Museum just three months ago. Construction of the museum is due for completion in March 2012, and the ambitious project will guide visitors through the thousand-year heritage of the country’s once sizeable Jewish population, most of whom perished or fled Poland during the Second World War.