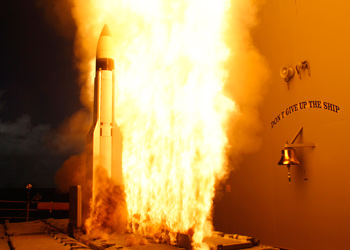 U.S. Vice President Joe Biden will arrive in Warsaw tonight. While in Poland, he is to hold talks regarding the newly proposed anti-missile defence plan.

After U.S. President Barack Obama scrapped the anti-missile defence plan proposed by the previous Bush administration, the White House decided to send Biden to Poland and the Czech Republic to soothe the resulting tensions.

He is to meet with Prime Minister Donald Tusk on Wednesday for lunch, and with President Lech Kaczyński later in the day.

The central topic of the talks will be Poland’s place within the new missile defence plan, in which the U.S. is to offer Poland SM-3 1B missiles. Currently, SM-3 1B missiles are located on ships out at sea, but the new plan proposes a land-based version starting in 2015. They are to protect against short and mid-range missile threats. According to the Polish Foreign Ministry, as a result of the scrapping of the previous defence system, Poland is to have first choice as to what elements of the new system it wants.

Tony Blinken, Biden’s advisor in National Security, has said that “Poland will play a central role in the new missile defence system in Europe and should be satisfied with the offer that the U.S. provides.”

According to Polish Minister of Foreign Affairs Radosław Sikorski, the talks will also cover other aspects of strengthening Polish-U.S. relations, specifically in the sphere of defence. This includes a new strategy for NATO, the war in Afghanistan, and nuclear disarmament.

Mariusz Handzlik, a Minister in Kaczyński’s Chancellory, said that the President wants to hear a confirmation of the U.S.’s new proposals from Biden, and also wants to discuss the declaration on defence strategy signed by the two countries last year. The declaration states that the U.S. will ensure Poland’s safety, and the safety of any American military objects on Polish soil. It also addresses the placement of U.S. Patriot missiles in Poland.

In relation to that, Rzeczpospolita reported that at the end of last week senior Polish and U.S. diplomats held talks in Warsaw and agreed on a first battery of Patriot missile launchers that will soon be placed in Poland for training purposes.

Sources close to Poland’s government suggest that Biden might also meet with Polish soldiers that served in Afghanistan, but this has not been confirmed.

Biden will leave on Wednesday night and continue on with his trip to the Czech Republic and Romania.

For a recap of Biden’s visit, see: Everyone Happy After Biden Visit