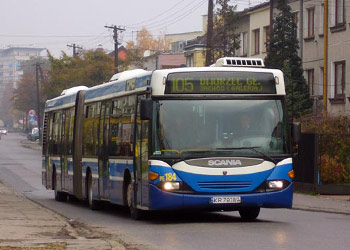 Gazeta Wyborcza reports that PTS (Automobile Transport Enterprise) is to operate six bus lines in Krakow from the beginning of January.

PTS will join two other companies that operate bus lines in the city, but will be the first to run their buses on LNG (Liquified Natural Gas), known for its low carbon emissions. A special gas station will be built in Nowa Huta to accommodate the buses.

PTS’s Karol Koneczny told Wyborcza, “We will be pioneers in this regard, no one else in Poland runs on this type of fuel on an industrial scale.”

Initially, there was a dispute after PTS won bidding for the bus lines, but one of the other operators, Mobilis, protested. But now, only formalities have to be completed, so that PTS can purchase 31 Solbus buses from Solec Kujawski.