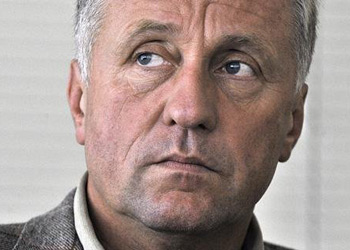 Following the collapse of early parliamentary elections Sept. 15, Civic Democratic Party (ODS) chief Mirek Topolánek resigned his seat in the Chamber of Deputies. In the days since, he has been the source of much speculation, including rumors he will fill the Czech Republic’s seat on the European Commission, though his party has since nominated Alexandr Vondra for the slot.

Topolánek served as prime minister from August 2006 through May this year, including the first half of the Czech Republic’s EU presidency. A no-confidence vote orchestrated by rival Social Democratic Party (ČSSD) Chairman Jiří Paroubek led to his government’s downfall.

In the months since, he made international headlines when he called the Obama administration’s stimulus package the “road to hell,” a tabloid published nude photos of him vacationing in Italy, and he was attacked with rocks while campaigning in south Moravia.

Topolánek sat down with The Prague Post Oct. 6 at the ODS offices in Pankrác to talk about these subjects plus the United States’ decision on missile defense, the caretaker government of Jan Fischer, the Lisbon Treaty and, of course, his political rivals.

To read the full interview, please visit the original article at The Prague Post.