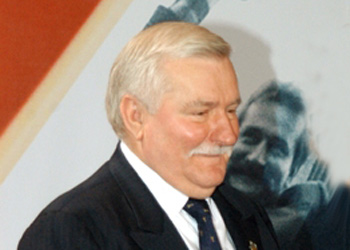 Upon hearing the American President Barack Obama had won the Nobel Peace Prize today, Polish Solidarity leader Lech Wałęsa reflected the surprise of many around the world: “Who? What? So Fast?”

The former president, himself a Peace Prize winner in 1983, told the press in Warsaw “Who, Obama? So fast? Too fast – he hasn’t had the time to do anything yet.” This sentiment was reflected by current Prime Minister Donald Tusk: “Shock – absolutely. It’s interesting, but shocking.”

However, once the initial shock wore off, Wałęsa elaborated: “He’s proposing things, he’s initiating things, but he is yet to deliver.” But Wałęsa also seemed hopeful, stating “Let’s give Obama a chance”.

One person to share that attitude was former Prime Minister Jarosław Kaczyński: “This is a Nobel Prize for hope. I think this prize is supposed to encourage him, put an obligation on him, and to boost his weakening position.”

Whether that becomes the case is yet to be seen.

10 thoughts on ““Too Fast” for Obama Nobel, Says Wałęsa”