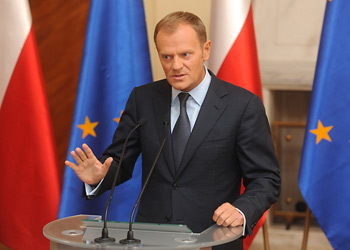 Those who have been scanning the headlines lately or watching Polish news may have noticed that ministers are falling like, well, a house of cards. First, Sports Minister Mirosław Drzewiecki and Zbigniew Chlebowski, the head of the Citizens Platform (PO) parliamentary club, resigned. Now, Justice Minister Andrzej Czuma and Deputy of the Economy Adam Szejnfeld have also resigned, while Deputy Prime Minister Grzegorz Schetyna, along with three other members of government close to Prime Minister Donald Tusk, have been moved to the Sejm. Schetyna is to take Chlebowski’s place there. And to add to all that, the head of the CBA (Central Anti-Corruption Office), Mariusz Kamiński is to be dismissed by Tusk.

This whirlwind of changes at the top of the ruling PO has been called a shake-up, an earthquake, etc., and it is a result of the so called “Gambling Bill” scandal, also called the “Blackjack affair” – or less tastefully, “Blackjackgate”. The CBA discovered through wire-tapping that some prominent politicians were attempting to lobby on behalf of businessmen from the gambling industry during the writing of gambling legislation.

Some of the tapped conversations were leaked, including one between Chlebowski and an old businessman friend of his, in which Chlebowski tried to explain why he could not exert enough pressure on behalf of his friend during the writing of the bill. The leaking resulted in Tusk getting rid of anybody who might even remotely be involved, and anybody that could do his party further harm. That is why he also decided to dismiss Kamiński, who politically sides with the Law and Justice (PiS) party, and who is under investigation for using unlawful methods during the land scandal a few years ago.

Naturally, the opposition, namely PiS and SLD, have jumped at the opportunity to weaken PO. They pushed for the creation of yet another investigative committee to get to the bottom of the scandal. The committee is also to investigate the leaking of the investigation.

The scandal has effectively caused the biggest political battle between PiS and PO so far, with stakes especially high ahead of the presidential campaign.

So far, it is not clear who will take over the multiple positions freed up after the resignations and dismissals. After getting rid of all apparent problems Tusk must now form a new governing team that will lead PO through the second half of its term.

Confused by the whole “Gambling bill” scandal? See the November edition of the Krakow Post for an in-depth look into the affair.