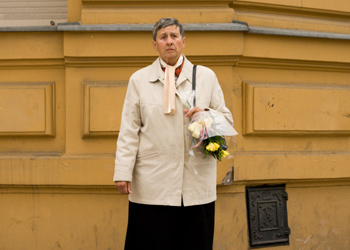 Poland’s Social Insurance Office (Zakład Ubezpieczeń Społecznych, or ZUS) is in trouble. In August of this year, it hit its “magical figure”, meaning that three working persons are now covering each retiree in Poland – and that’s only if “grey area” employment is counted. When only those working “officially” are considered, the ratio drops to 2.7 to one.

Wojciech Nagel, Vice-Chairman of the Supervisory Board of ZUS, explained this figure to Rzeczpospolita in an article published today: “We have exceeded the magical figure. The clash of 15 million working Poles and five million receiving retirement benefits is symbolic.”

Nagel also stated that the country needs to consider extending its minimum retirement age for receiving benefits, so that Poland may avoid further financial problems from its demographics. He warned that demographic problems could impact the Polish economy as early as in 5-10 years, rather than the 10-15 experts predict.

In the past two years alone, 380,000 retirees have begun receiving benefits from ZUS. Now, the projected 2010 budget predicts a seven billion złoty increase in the retirement fund, raising it to 38 billion złoty. One factor that increased retirement rates this year was the global financial crisis, which prompted many near retirement age to opt for early retirement rather than face being laid off as economic conditions worsened.

In addition, the Polish government has halved its pension fund contribution. This was supposed to prompt firms to employ more workers, but so far this has not been the case.

Regardless of the current economic climate, many experts believe that the government needs to begin a serious discussing on increasing the age of retirement for men and women. “[Poland is] one of the three countries in Europe that has yet to do so,” remarked Maciej Bukowski, head of the Institute of Structural Research (IBS), to Rzeczpospolita. With some of the youngest retirees in Europe, if Poland’s retirement scheme remains as it is, the country will face problems much worse than the current economic ones.