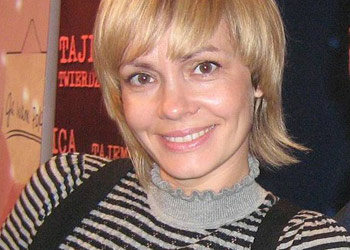 It has not been a good month for Polish television. First, the entire board of Polish network TVP was fired on the 16th, amid allegations of bias. And now, a popular member of the jury on the TV show “You Can Dance – Po prostu tańcz”, Weronika Marczuk-Pazura, was caught red-handed accepting a bribe.

On 23 September, Marczuk-Pazura had a clandestine meeting with the chairman of the Scientific and Technical Publishing House (WNT) – and, it turns out, officers from the Central Anti-Corruption Bureau. The meeting, which took place in a restaurant in Ujazdow Castle in Warsaw, was set up to facilitate the purchase of the state-owned WNT, which was up for privatisation. Marczuk-Pazura was to act as the middleman, for which she received 100,000 złoty from the chairman – moments before they were both arrested.

A spokesman for the Central Anti-Corruption Bureau stated that an anonymous informant had tipped them off, and they had been working on the case for months. Marczuk-Pazura is presently being held on corruption charges.

The Ukrainian actress and producer hails from Kiev, but has lived in Poland since 1991 and was at one point married do famous Polish actor Cezary Pazura.