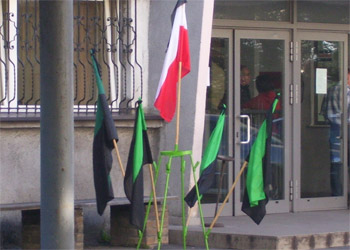 For 48 hours beginning at five o’clock this morning, flags will fly at half mast, all concerts are cancelled, and the nation will remember 14 of its citizens that died following one of the worst mining accidents in recent history.

An explosion rocked the Wujek Śląsk coal mine, located in the southern city of Ruda Śląska, on Friday, 18 September, killing 12 that day and injuring 43. One more miner died the following day, and one passed on this afternoon. The injured miners were taken to a nearby burn treatment centre.

The period of mourning was declared by President Lech Kaczyński. The accident has been described as “one of the darkest days in Polish mining”, and an investigation is underway to determine if the explosion, which was caused by methane gas sweeping through the mine, could have been prevented. At the moment, six miners remain in critical condition in hospital.

While about 100,000 miners work underground daily in Poland, tragedies like this are rare.