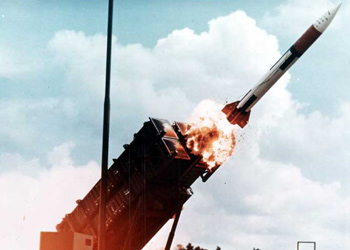 Despite yesterday’s news of no missile shield in Poland and the Czech Republic, the U.S. is still expected to fulfil one part of the agreement it signed with Poland in August 2008.

The U.S. has said that it will send a deployment of Patriot missiles to Poland, and contrary to previous statements, they will be armed. The Patriot battery is part of an upgrade of Polish air defences which was promised by the Bush administration.

Polish Foreign Minister Radosław Sikorski was informed by Washington yesterday about the Patriot battery. “The American side has assured us that the Patriots will be armed and capable of being linked to our defence system,” he told reporters. “We think this is an interesting offer… We are waiting for written proposals. This is an American decision. We will take a close look when we receive an offer.”

The offer under the deal signed last year includes a Patriot battery armed with 100 missiles that would be temporarily placed in Poland for three years, to allow for the training of Polish forces by American troops, after which it would be permanently stationed on Polish soil in 2012. However, whether this initial deal will remain as signed or will be altered remains to be seen.