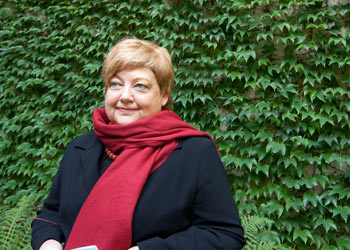 The collection consists of dozens of prints by Polish artists, both pre- and post-war, which until this time have never been shown in Poland. A large part of the collection comes from the Polish Pavilion at the New York World’s Fair in 1939, which never returned to the country, as war broke out less than a month after its display.

However, there are essentially two parts to the exhibition, as Magdalena Czubińska, the curator, told the Krakow Post. One part features the prints themselves, of which Mrs. Czubińska recommended the art of Stefan Mrożewski, who has an entire room dedicated to his woodcut works. The second part chronicles the history and significance of the Polish Museum of America. The museum, established in 1935, is is one of the oldest and largest ethnic museums in the United States.

The exhibition is being held as part of the “America, America…” project, which includes the ongoing American Dream exhibition.

Extra: See our photos from the opening here.