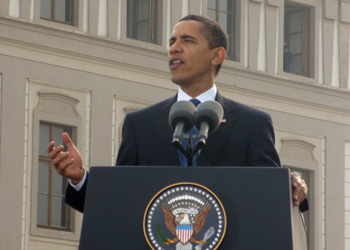 The call came last night, setting off a wave of speculation in the media. Czech Prime Minister Jan Fischer received a phone call from American President Barack Obama concerning the planned missile shield in Poland and the Czech Republic. As news of the conversation broke this morning, even though no concrete details of the exchange have yet been revealed, the verdict seems unanimous: there will be no shield – at least not in Poland and the Czech Republic.

The news comes as no surprise, as the media in both countries and in the U.S. have been predicting a reversal of the Bush Administration’s missile defence plans for some time. President Obama had ordered a 60-day review of the plan, and had promised a decision this month. A large part of the reasoning for the shelving of the plan comes from recent news of Iran’s willingness to talk to the U.S. about its nuclear ambitions – and the Americans’ willingness to listen. A negative decision on the plan would also boost the United States’ relations with Russia.

An official statement from both the Polish and Czech authorities is expected later today.

For more, see our full report in the October 2009 issue of the Krakow Post.