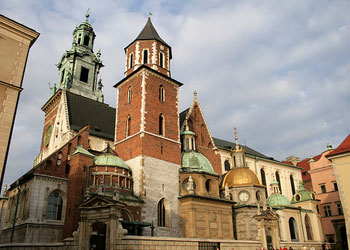 According to a new report by the Social Committee for the Restoration of Monuments in Krakow (Społeczny Komitet Odnowy Zabytków Krakowa, or SKOZK), up to 300 historical buildings will need financial assistance for renovation works between 2011 and 2015.

Experts have determined that over 500 million złoty will be needed to complete the needed renovations. The committee is to provide half of that sum, but it is up to the owners of the historical buildings and monuments – often the city itself or religious organisations – to come up with the rest of the money.

The committee’s authorities have dedicated roughly 50 million złoty per year to the restoration of historical monuments. Of that, it’s estimated that Wawel Cathedral alone requires 12 million złoty, with an additional 10 million needed for the rest of the castle’s compounds. Several of Krakow’s churches and monasteries will also be in need of conservational works in the following years, at an estimated 27 million złoty. Another 120 million or so will go towards the centre’s historical townhouses and public monuments, such as the remainder of the city’s former fortifications. The remaining money will be used for the many historical sites of Kazimierz, as well as several buildings located just outside of the city.

While it is clear what needs repairing, the specific sources of funding required in the coming years have yet to be determined.