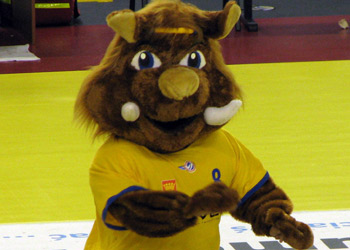 The only club team we mention this week are the only ones who can already give themselves champion status, so to speak. Vive Targi Kielce won a match in their elimination group against Tatran Preszów from Slovakia (32-23), but because FC Porto from Portugal was defeated by the Slovakian side, Kielce automatically qualified before playing the Portuguese side. Kielce finished it off in style, winning 38-31.