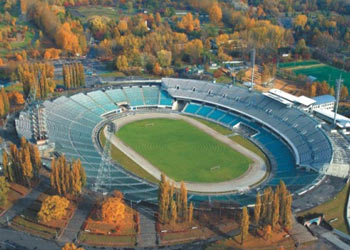 Tomorrow, two nations with a history of football violence face off in Silesia: Northern Ireland and Poland. But thanks to fears of violence, football is the last thing on many people’s minds in this World Cup qualifying match.

In an article in the Belfast Telegraph titled “‘Psycho fans’ looking to kill Northern Ireland supporters during Poland clash”, which has since been removed from the newspaper’s website, the paper accused Polish fans of being determined to kill a Northern Ireland fan at the match. The article has drawn criticism and been accused of inciting ill will towards the Polish community in Northern Ireland.

The last time the two teams squared off was in March of this year, during which time 11 police officers were injured in riots between rival supporters in Belfast. In preparation, Polish authorities have set up a segregated zone in the stadium for Northern Irish fans, and police security will be much heavier than usual, with policemen in full riot gear prepared to intervene in the case of trouble.

The match will be taking place in the Śląski Stadium in the town of Chorzów, near Katowice, which was also a reserve city for hosting the 2012 European Championships. Kick-off is at 7:30 pm.