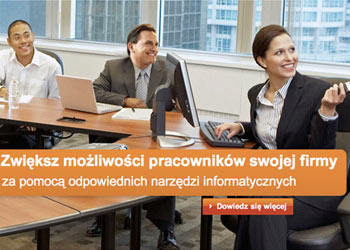 A case of bad Photoshopping has placed Microsoft in a sticky situation. An original advert used on the American version of the site was changed for the Polish version, but instead of just translating the text, the graphic designer also made a far more noticeable adjustment.

Can you spot the difference? While the Asian man and Caucasian woman remained from the original, the African American man was edited out of the photograph and replaced with a white man’s head – except for his hand. The tell-tale mistake prompted scores of bloggers to post the two images side by side, after which Microsoft quickly replaced the Polish version of the photograph with the original.

The only comment from Microsoft was made to CNET News, when a company representative stated: “We are looking into the details of this situation. We apologize and are in the process of pulling down the image.”