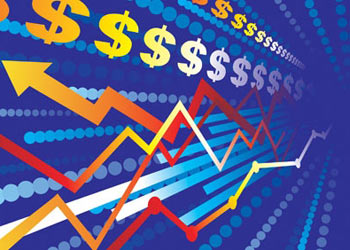 Recent forecasts indicate that Poland will be able to emerge from its slump sometime in early 2010. Polish economists are optimistic and predict that their economy will slowly show improvement, but the International Monetary Fund (IMF) thinks such predictions are premature.

Poland forecasts gross domestic product (GDP) growth of 1.0 percent this year, but according to IMF numbers, the growth will only be about 0.7 percent. During the second quarter of the year, the economy grew 0.3 percent according to Ludwik Kotecki, Minister of Finance.

According to Aurelian Dochia, a Romanian economic analyst, Poland and Slovakia have fared better than their neighbours in the second quarter of the year, compared to the first quarter.

Tomasz Kaczor, chief economist at the state-owned bank BGK, claims that the German and French recovery made a positive impact on the Polish economy and is convinced that the situation will improve month by month.

Unlike some other countries in the region, and thanks to its large domestic market, Poland entered this crisis with relatively healthy fundamentals and that might explain why the downturn in this country is less severe than in other Central and Eastern European countries, namely Slovakia and Hungary.

Analysts are convinced that from the fourth quarter of 2009 the dynamics of production will be positive and the recovery will start to be more visible. Despite the crisis, the Polish economy is among the best performers in the European Union this year, avoiding a bigger impact in their market due to the global economic crisis.