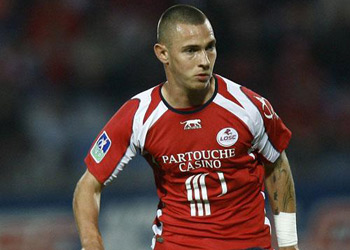 As was expected, the Polish national football team defeated the Greek national team in a friendly match yesterday evening that took place in Bydgoszcz. The final score was 2-0 for Poland, with the hero of the match being Ludovic Obraniak.

The French-Polish substitute from Lille scored both goals in his debut. He came on at halftime, and two minutes later had scored with the help of Marcin Wasilewski. Wasilewski kicked the ball towards the Greek goal, which deflected off Obraniak’s leg and into the net. Obraniak’s second moment of glory came in the 79th minute, when he kicked in a pass from Pawel Brozek from 15 metres out.

The 24-year-old midfielder holds both French and Polish citizenship; the latter he received earlier this summer. Though born in France, his grandfather was Polish. His teammates hope that Obraniak will help the team out next month when they face World Cup qualifying matches against Northern Ireland and Slovenia.