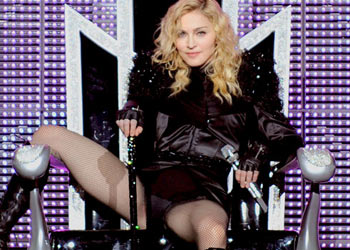 Less than a week remains until Madonna’s 15 August concert in Warsaw, but protests have already begun. Already, over 20,000 letters have been sent to public figures, both in the government and those organising the concert, objecting both the pop idol’s performance and especially her concert date, which coincides with a Roman Catholic holiday celebrating the Virgin Mary’s assumption to heaven.

A website has even been set up (www.protestuj.pl), which claims that “Madonna sneers at Jesus and Mary” and “offends Catholics”, and allows users to download a letter of protest.

But it’s not only Polish religious organisations that are objecting. An American group, Society for Defense of Tradition, Family and Property (TFP), is sponsoring an e-mail protest campaign. The organisation released a press release claiming that “Madonna’s message is clearly offensive to Poles”.

Some Poles must have missed the memo, however – particularly, Madonna fans. As a demonstration is being planned for the day of the concert, a counterdemonstration is also in the works. A newly-formed group which calls itself the Madonna Liberation Army (Armia Wyzwolenia Madonny, www.wyzwoleniemadonny.wordpress.com) will stage a counterprotest at the entrance to Bemowo airfield where the concert will take place. The picketers will hold signs depicting historic images of the Madonna, in such contexts as a 1450 painting of Charles VII’s mistress posed as the Madonna with bared breasts, or pictures of the Madonna on holy water bottles. The Army wants to showcase how the image of the Virgin Mary has been used as a cultural icon long before Madonna the pop star.

At the moment, despite some initial problems with the Warsaw fire department issuing a permit, the concert is scheduled to take place this Saturday.