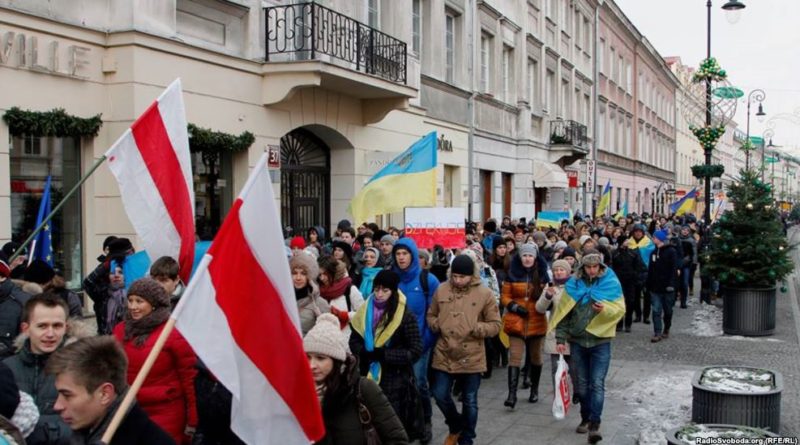 The number of foreigners with temporary and permanent residency permits in the Małopolska (Lesser Poland) Voivodeship, which includes Krakow, has doubled since 2014.

The statistics come from a recent report by the Polish Office of Foreigners, who say there are now 30,000 such foreigners registered in Małopolska. The vast majority are Ukrainians, whose numbers have swollen by from 3,500 to 14,500 in the last three years alone. Much of that is probably attributable to the ongoing conflict in eastern Ukraine, along with the recent liberalization of travel laws for Ukrainian citizens.

In total, there are around 310,000 foreigners with permits to reside in Poland. The largest number are naturally in the Mazowieckie Voivodeship, which includes Warsaw. This does not include visitors who are registered only on a tourist visa.

On May 11th 2017, after six years of negotiation, the European Union approved visa-free travel for Ukrainian citizens to all the countries in the Schengen Area and others that are closely connected to the member states. Beginning June of this year, then, Ukrainians have been allowed to enter Poland for maximum 90 days during a 180-day period.

Visa-free travel doesn’t mean that there are no conditions that have to be met before entering the country. Ukrainian citizens must have a recent biometric passport valid for at least more three months. What’s more, Ukrainians also have to present the full plan of their visit – including employment conditions and financial status etc. If these requirements are met (and there are no legal problems), they are free to enter the country.

The implementation is considered a big step for Ukraine’s position in the international arena and an economic boon for both sides of the deal. It is hoped that tourists, aspiring business partners, athletes, students, and more from Ukraine who faced hassles before can now visit more easily. Moreover, it is a signal to the slightly more than half of the contentiously divided Ukrainian population which supports EU membership that their hopes to be closer to the West are not in vain.