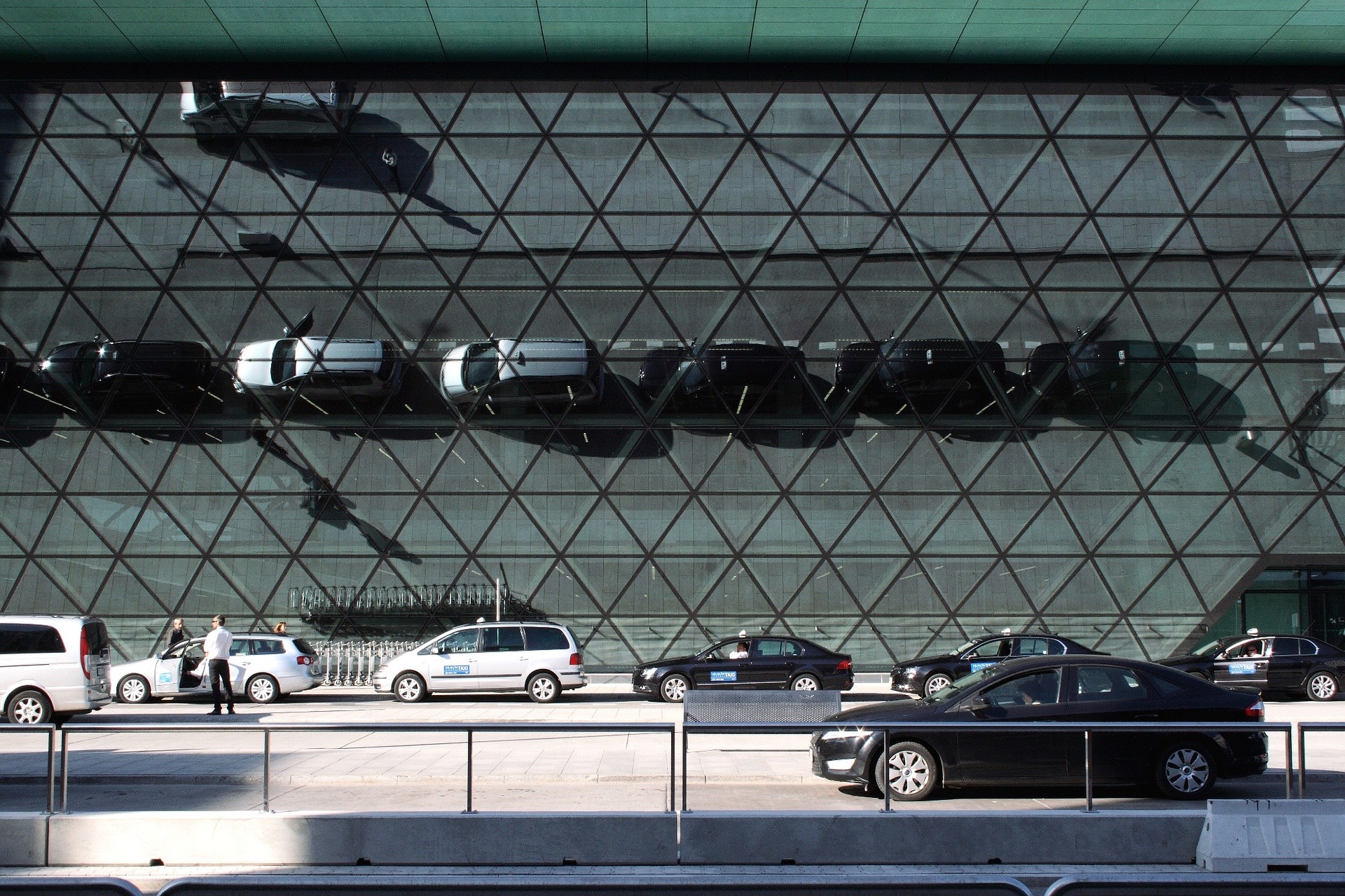 Last week Krakow was abuzz with news that an “Uber helicopter” would visit Krakow, giving promotional rides for just 20 zł. It was ultimately delayed due to rain – but nevertheless, the app which pairs riders with drivers remains very popular in Poland and seems to embody in many ways the “sharing economy.”

Yet, the world’s most valuable startup is not without criticism. On the contrary, it can’t seem to escape controversy – from its “asshole” corporate culture to its bullying of journalists to its long-embattled co-founder Travis Kalanick, who resigned as CEO last month. Probably its biggest challenge, though, has been the backlash it has faced over its disruption of traditional taxi services and general business practices, and Poland is no exception.

At present it’s hard to predict whether Poland will ever bring to trial the representatives of Uber for running an illegal transport service, as happened in France. Poland is Uber’s third biggest market in the EU – the world’s most valuable startup operates in most major Polish cities. The buzz around the young California business was so big two years ago that many Poles tried to book a journey with Uber before the firm officially started its operations in Poland.

The desk-jockeys in Brussels took a carrot-and-stick approach to the expansion of the gig economy players on the Old Continent. “It’s clear that the collaborative economy cannot be a way to abuse labour. Neither is it a way to avoid paying tax, but absolute bans and quantitative restrictions should only be used as a measure of last resort”, declared Jyrki Katainen, European Commission Vice-President for Jobs, Growth, Investment, and Competitiveness. Such an ambiguous stance certainly does not help undecided EU members to pick a side.

Somehow, it feels that the Polish government has thrown the towel in. “It’s hard to restrain or get rid of this type of business”, said Polish Deputy Minister of Infrastructure and Construction Kazimierz Smolinski. This is even more true now that Uber is moving parts of its operations to Poland. It cherry-picked Krakow to launch a Centre of Excellence in September 2016. Local job hunters have been looking for 150 customer specialists to support drivers and riders alike from European and African countries.

Now that Uber is putting down roots in Poland to create opportunities for occupation, local politicians might feel even more reluctant to throw a spanner in Uber’s works. Poland has double standards for licensed taxi drivers and Uber driver-partners. “I have nothing against them, but then the taxi business should be equally deregulated”, explains Marek K., a taxi driver in Krakow waiting for clients at the corner of Slawkowska Street, in a conversation with The Krakow Post.

The Uber business model has its own peculiarities in Poland. Many wannabe driver-partners don’t have a vehicle and cannot afford themselves to start a business. In such situations, the local partners of Uber can sometimes come to their aid. A number of regular firms providing non-professional drivers with what they need, including the general car operating costs, have teamed up with Uber on the Polish market. Usually they go halves with the drivers after Uber’s 25% commission. That’s the Polish way to Uber.

Many non-professional drivers are required to work 12-hour shifts in Warsaw, Krakow, and Łódż, despite not being employed by these intermediaries of Uber’s. Just like Uber, the partners of partners are taxpayers but disclaim all liability for any drivers’ tax avoidance behaviour. As part of its global strategy, Uber claims both in courts and before state regulators that its chauffeurs are “independent partners” or mere contractors hired for specific services.

In the meantime Uber has achieved state-of-the-art tax minimisation efforts outside the United States. Rider payments are sent to Uber B.V., a type of private limited liability company in the Netherlands. Uber B.V. subsequently collects the fare before sending the payment back to the driving partners via Raiser Operations B.V., another Dutch subsidiary. The revenue for each drive then trickles down into one of the Dutch offshore entities that belong to the San Francisco-based company. The Dutch Sandwich strategy ensures that Uber partners solely are exposed to tax-related risks in their countries.

Just like any independent contractor, drivers are responsible for their entire contribution to payroll taxes, but occasionally tax payment is available on demand for non-professional drivers just like in Poland. “We can pay your social security and health insurance contributions, but only if you really wish”, explains one of these partner’s partners over the phone. Permanent deactivation of a driver account is the informal equivalent of a layoff – no great threat for students or retired persons just trying to make some extra income rather than depending on it for their livelihood. In October 2016, however, a British tribunal ruled that Uber’s drivers are to be considered employees, not contractors.

The majority of the driving partners active in Poland are dissatisfied with the fare cuts imposed over the past months. The number of Ukrainian chauffeurs willing to accept a low-paying partnership with Uber has significantly increased recently. On 12 December 2016, Polish partners turned off their app during the whole day in sign of protest. Banding together, however, is a strenuous task for the partners as most of them don’t know each other despite some lists of Uber driving-partners on social networks.

City regulators in Poland have prepared to push back Uber on their own. Giving fines to Uber drivers lacking a regular taxi license is their only trump card. In Łódż many licenced cabbies have tried to lure Uber drivers pretending they are potential clients and then reported irregularities to the local authorities. Some time ago, the City Hall of Łódż courageously organised a meeting with the representatives of both official taxi group and Uber representatives, but nothing came of it.

Many wannabe-drivers partner with middlemen who help them run their business and usually go halves with the drivers after Uber’s 25% commission. That’s the Polish way to Uber.

The ‘Grupa Antyprzewozowa’, an anti-Uber alliance active in Warsaw, adopted more unconventional methods. The affiliates of the group have put stickers on the cars of unlicensed drivers. Local newspapers have reported several illegal road blocks and some instances of car vandalism. However, there is no evidence that the latter has been perpetrated by licensed taxi drivers.

The local authorities in Krakow have gone one step further by bringing 24 Uber driver-partners to court because they offered rides without a valid business registration or taxi driver license. In the meantime, the market in Poland is turning into a Wild West where the legal and illegal coexist.

Wiesław Szanduła from the Driver and Vehicle Licensing Department in Krakow is the sheriff who has taken an oath to restore order in the city: “The current provisions in Poland allow us to fight with Uber drivers offering illegal transport service… Unlike the Road Traffic Authorities, the municipalities in Poland don’t have any device to monitor the vehicles, unfortunately”, he adds.

Nonetheless, under Polish law, a light version of “citizens’ arrest” is granted to ordinary people, who are allowed to immobilise drivers suspects of avoiding the law, the fact that they are not invested with arresting power notwithstanding. Meanwhile Uber offers legal support to the driving partners summoned in Krakow.

Taxi drivers have reached the limit of their patience all over the country. On the 5th of June 2017 protests against cheap competition erupted in Łódż, Poznań, and Wrocław. On the same day licensed chauffeurs orchestrated a go-slow ride in Warsaw, sending the traffic haywire in Poland’s capital city.

Their convoys travelling at low speed did not certainly curry favor with the Varsovians who were driving during the rush hour. Many commentators believe that drivers put their head in a noose with such an initiative. Still, though they may have lost favor with the general population, they made their voices heard.

For now, though, it’s the consumers who own the situation, who make choices every day to take a stance on gig economy-fuelled services. And it is thanks to them that the sharing economy model, which blurs the line which separates providers from customers, is more popular than ever.