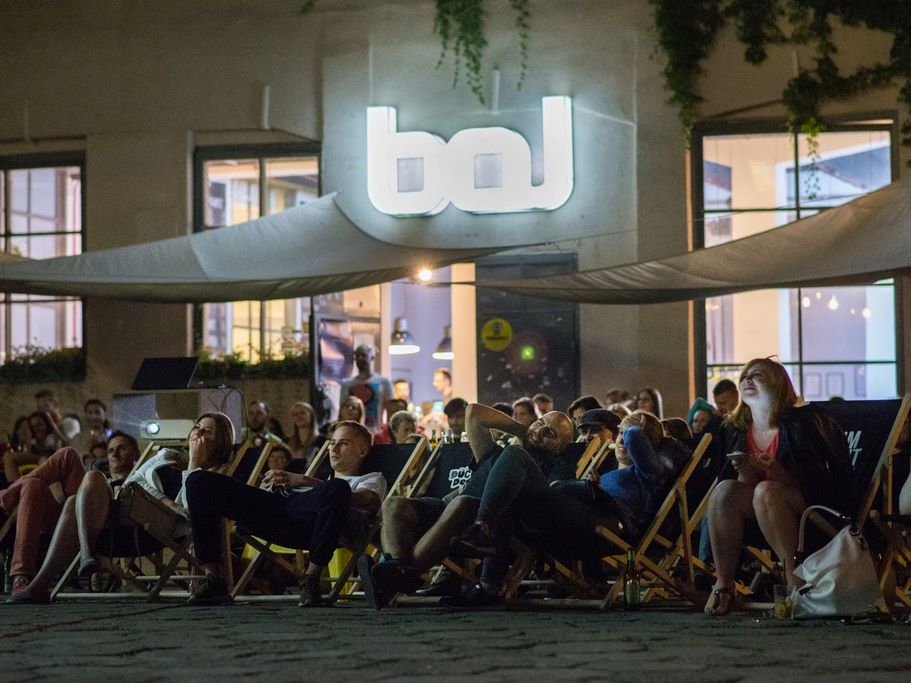 Birdman or (The Unexpected Virtue Of Ignorance) is a black comedy centered on the actor Riggan Thomson (played by Michael Keaton), a Hollywood star who became famous for portraying an iconic superhero is now struggling to rescue his career, personal life, and ultimately himself.

Birdman, from a total of nine nominations, won the Academy Award for Best Picture, Best Director, Best Original Screenplay, and Best Cinematography, while receiving different opinions from the critics.

Like our following two recommendations, the film is presented in a cozy outdoor cinema in Krakow’s budding Zabłocie.

The international Short Waves Festival describes itself as “an intriguing journey into the unknown.” This segment features 10 short films all connected to the theme of movement and dance.

In English and Polish. Free admission.

Described such as a ‘magnificent Russian movie’ by The Guardian, Leviathan is the story of an ordinary family threatened by a local corrupted mayor who is trying to demolish its house and take away its land. Kolya, in an attempt to save his family, asks for help to one of his friends, a lawyer who will only bring to him further misfortune.

Standup comedy events are getting more and more popular in Krakow, but what do you think about being part of the show? ‘Standup comedy open mic night’ is the occasion you were waiting for! Fill the form, enjoy the spotlight, and make people laugh. Otherwise, if you are not interested in being on stage, you are still invited to check out this events and enjoy the good company!

In English. 5zł for audience and free for performers.