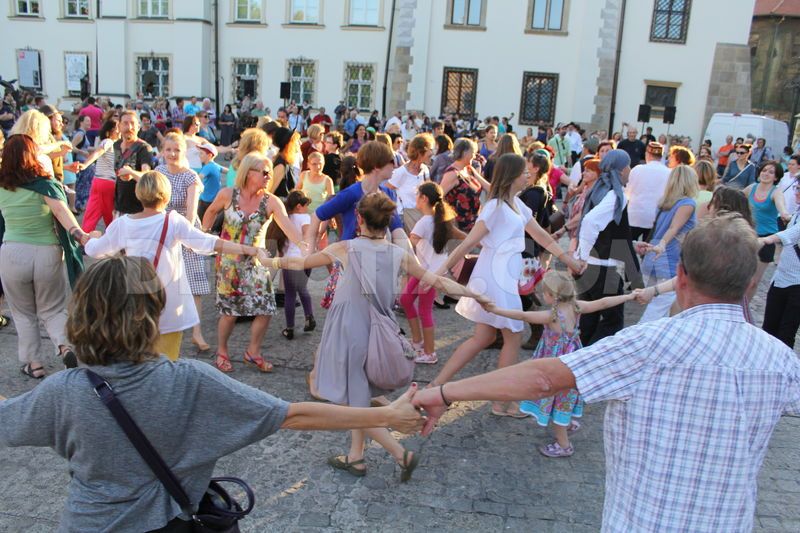 There’s a harmonic convergence of talented artists in our town this week, thanks to a number of festivals. Here’s a brief look at just a small portion of the great performances that will be happening – but first…

Let’s face it – crowded outdoor shows in the hot sun aren’t for everyone. Maybe you’re just the type of person who’d much rather sit in a cool bar, drinking a fine beverage, and taking in some fantastic original music. If so, this one’s for you.

THE MOODSWINGER have a wonderfully original style – think dark folk with touches of blues, Americana, and even electronica – although that description barely does them justice.

On a night bursting with far too many great live music possibilities, if the more chilled-out side of artists like Nick Cave, Mark Lanegan, and Tindersticks is the solution to your Saturday night dilemma, don’t miss this one.

If you live here, you may have begun to ignore them, but the quality of this city’s street musicians is something very special. This free show gives them a chance to shine – to move from background-ambience-with-a-dozen-tourists-gawking to center stage. And they deserve it, too. This is a perfect way to kick off a week of great outdoor music. Just check out the acoustic folk-soul-blues of Shum-tua (who will be there) if you need to be convinced;

Plus the opening party at Hala Targowa at 18:00, and free Club Nights afterwards at Prozak, Szpitalnia 1, Pasaż, and Hevre with over a dozen different DJs (beginning at 22:00). And of course, the wreaths on the river, and the fireworks at night… but let’s stick to the music. Believe me, there’s more of that than we have the space and time to really go into in enough detail.

So the question isn’t whether you will find music to enjoy at the annual Wianki Festival. No, no, no – the question is: how can you be in two or three places at the same time? Seriously, I’m not being facetious – if you know of such a thing, or have access to a TARDIS, please get in touch, okay?

So… yeah, there are a lot of very special things going on. Here is a look at just a few:

If you like things a little off the beaten path, the Hard Rock Cafe Stage is the place to be for two of the best alternative acts in Poland. Quirky dark pop singer JULIA MARCELL is currently celebrating her fourth and most successful album Proxy, which spawned the wonderfully bizarre hit, “Andrew.” With elements of goth, cabaret, and electronica, she is a true original, with songs that are simultaneously thought-provoking and full of black humor, as you can see here in the video for “Andrew” (in Polish with English subtitles).

SORRY BOYS are often compared to Florence And The Machine, which is no doubt due to the character of Bela Komoszyńska’s voice. It’s a bit of a lazy reference point, although at least gives some idea of their direction. To these ears, they have more of a 1990’s dream pop feel, and are the perfect act to share the bill with JULIA MARCELL, with a compatible sound but a more organic guitar-oriented approach. Drummer Maciej Gołyzniak is a versatile musician and busy man as well – he’s a regular in Monika Brodka’s band, and is part of the hard rock trio Meller-Gołyzniak-Duda – one of Riverside’s Mariusz Duda’s side projects – who will make their live debut in August at the Inorock Festival in Inowrocław, following their excellent 2016 album.

If you’d rather bask in something more traditionally Polish, get thee to Plac Szczepanski. AGNIESZKA CHRZANOWSKA is one of the great young artists keeping the spirit of Piwnica Pod Baranami (where she got her start in the mid-90s) alive, and that uniquely beautiful Polish style known as Sung Poetry.

In that same vein, POD BUDA, with legendary Polish guitarist ANDRZEJ SIKOROWSKI, will be celebrating their 40th anniversary with songs that were the soundtrack for some of the very toughest times in this country. Their music is part of the folklore of a nation weathering its time under the Soviet yoke, patiently working and waiting for their world to change. Now they are songs of celebration.

Earlier on the same stage, the only Polish entrant in the finals of the International Chopin Competition, SZYMON NEHRING, will be performing with the SINFONIETTA CRACOVIA (making this their second consecutive WIANKI festival as they backed Grzegorz Turnau in the transcendent performance of his 7 widowków w drodze do Krakowa last year).

Over at Rynek Podgórski, Radio Krakow is presenting a showcase of new artists hailing from all over the Malopolska region, including the lysergic folk of GYPSY AND THE ACID QUEEN and CHEAP TOBACCO, which may be one of the most misleading band names since 10,000 Maniacs. While their moniker may conjure visions of sweaty barroom blues bands (and they do have some American blues influences), they in fact are more of a hard rock/jamband version of Lorde, thanks to the memorable presence and sultry voice of Natalia Kwiatkowska.

Over on Stolarska Street, some of Kraków’s most creative and original expat artists will be on display. KARL CULLEY is a seriously talented internationally known folk rock troubadour, and if 5 star reviews were money, Karl would be the richest guy in town.

Another batch of transplants (and locals), VLADIMIRSKA, will be playing the second of two shows that very day, after a river journey! If you want to catch the first show, well, just go down to the Wisła. Be patient – they’ll float by. On a boat. Playing music. Like you do. They’ll be launching near the Salwator Monastery at 16:00, and will be joined by guest guitarist Kuba Duda, before heading over to the Stolarska Street Fair.

Built on the unique songs and voice of Scotia Victoria, VLADIMIRSKA play a kind of alternative pop with influences from everywhere that is uplifting while thought provoking.

And that’s really just a fraction of what’s going on. So… TARDIS anyone? Cloning kit? I really don’t know where I’ll wind up, but I hope you all find something to brighten your weekend…

As always, this festival pulls out all the stops to demonstrate the talent and diversity of the artistry of Israel, from atmospheric techno to traditional klezmer and then some.

Some of the highlights will take place at Alchemia (Estery 5), including the sensual techno of ADI, whose current EP, Dreamin’, has topped the Israeli charts and has performed at such prestigious festivals as Glastonbury and Melt (Tuesday 27th June – 22:00 – 30 zł).

The very next night (Wednesday 28th June), also at Alchemia, Jerusalem band HYNOM will bring a more psychedelic kind of electronic music to the festival, followed by DJ GILLA THE KID ( 23:00 – 30 zł).

Also on the 28th, a few hours earlier, ORI ALBOHER will be appearing at Teatr Nowy (Krakowska 41 – 40 zł). Originally from Jerusalem but now based in Berlin, his creative use of a loop station – and very little else – to create his music has drawn a great deal of praise. Live performances are a rarity, so this may be a chance to see something quite unique.

But if I may backtrack a bit, why not start the whole thing off with the real thing – the traditional acoustic music that has celebrated Jewish culture since time immemorial, and check out the excellent VERETSKI PASS. They will be presenting Poyln– a musical project that combines Hasidic melodies with traditional Polish folk dance tunes, orchestrated in a completely new way – truly a new progressive step in the evolution of klezmer music. Surely there is no better example of the synthesis of Jewish and Polish culture, making this the one not to miss (Monday 26th June – Temple Synagogue, Miodowa 24 – 50-80 zł).

Of course, this is just a small sample of the many musical events going on – and that’s without even mentioning all of the lectures, classes, and other things available, so check out the link, and take advantage of it!