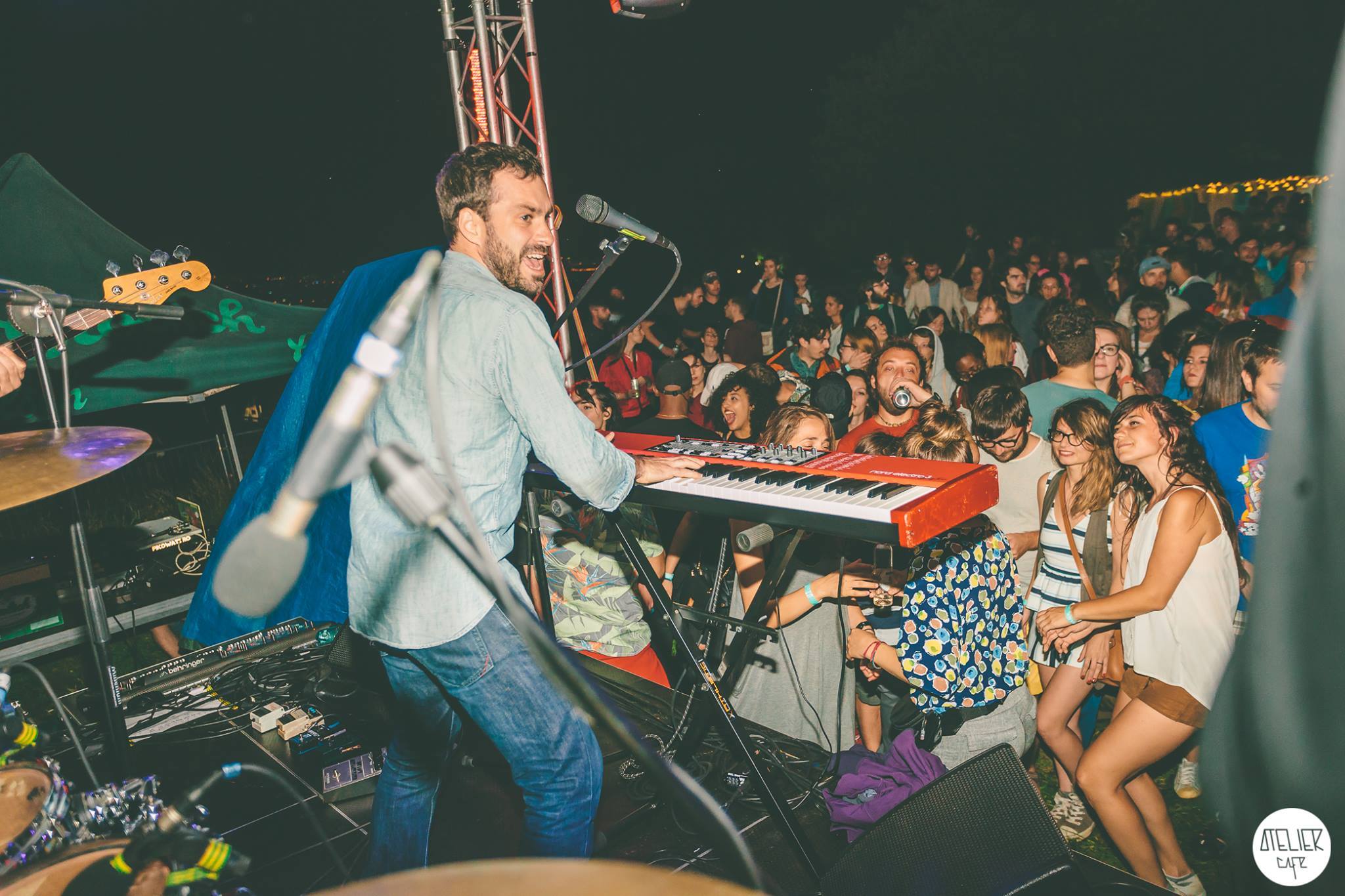 Pick Of The Week

Some new artists are intentionally retro – there are whole genres of recent hard rock, prog rock, and metal bands dedicated to sounding like it’s still 1975, even down to their choice of instruments and recording processes. Others, especially in the pop world, are so very tied to the present that they will sound dated by this time next year – heard any T-Pain lately?

But once in a while, along comes something that manages to embrace the past without becoming a pale imitation of it, while simultaneously remaining completely contemporary.

Brooklyn’s NAT OSBORN’s combination of horn-driven funk and pop and rock influences run the gamut from Steely Dan to Bob Marley to the Great American Songbook, but most importantly, synthesize it in a way that’s completely original. Although he’s got a growing fanbase in such hipster enclaves as Portland, there’s none of that insufferable post-modern irony attached to his music; just good songs in sophisticated arrangements played by accomplished musicians.

NAT seems to have found a home away from home here in Poland, as evidenced by the recent LIVE IN POLAND album, recorded in Zakopane in 2015. As you can see from this clip from the band’s last appearance at Alchemia, the live show is a party.

When BLINDEAD last visited our city this past November, they were just releasing a new album, Ascension, and debuting new vocalist Piotr Pieza. While still definitely metal (and definitely heavy), Ascension represented a musical evolution towards both more concise songwriting while simultaneously being more experimental, with new sounds, atmospheres, and influences, resulting in one of the best Polish albums of 2016.

Internationally, it has definitely paid off as well, with some of the best reviews of the band’s career from sources far beyond the sometimes myopic metal world, introducing them to a wider audience. Their live show is intense and legendary, and is not to be missed for those who like their music on the experimental side.

THE GENTLE ART OF COOKING PEOPLE are local Cracovian purveyors of what I am starting to realize is a Polish musical genre unto itself; instrumental psychedelic progressive metal with influences from everywhere (see also: Tides From Nebula, Sounds Like The End Of The World, etc.) On debut album, o, they delve into long, lysergic explorations of heavy yet sophisticated layers of effect-laden guitars and trippy rhythms, occasionally accented with sound bytes.

A veteran of The Pussycat Dolls Burlesque Revue in the US (the real one with Carmen Electra, no less), a finalist on the popular Must Be The Music TV show, AND veteran of the Festiwal Woodstock, Kasia is best known for being the Polish entrant in this year’s Eurovision contest. While she acquitted herself well and made it to the finals (eventually coming in at #22), “Flashlight” just wasn’t a memorable enough song to reach the top. Nonetheless, her 2015 debut album, Inspination, led eventually to Eurovision, and the increased exposure will ultimately make her next album a higher profile affair. This opportunity to see her perform in a small club may be a rare one.

Not a concert, of course, but a chance to enjoy the classic concert video from the legendary (sadly retired, at least for the time being) Canadian band, who somehow never made it to Poland in their 40 years of touring – despite (or maybe because of) the fact that bassist/vocalist/keyboardist Geddy Lee’s parents met when incarcerated at Auschwitz, and Lee has often been spotted around town escorting his mom to visit family graves in the Jewish Cemetery here.

Rush leave behind a legacy unparalleled in rock history, and while this 75-minute concert film suffers from the limited production values of the time in which it was recorded, it captures the band at their commercial peak, touring the Moving Pictures album in 1981.

There are some bands that it’s just cool to ridicule, like Nickelback, Coldplay, and LINKIN PARK. But it’s a lazy and dishonest kind of musical schadenfreude, born of ignorance and elitism, and says more about the character of the person slinging the insults than the musicians targeted.

Although to be fair, it was LINKIN PARK’s 1999 debut album Hybrid Theory that was largely responsible for the spread of that unfortunate genre known as rap metal, but that’s really only part of the story. The reason that the band is still able to sell out large venues the world over, unlike, say, Limp Bizkit, Crazytown, or P.O.D., has been a willingness to progress and experiment, as well as a penchant for songwriting that far exceeds the ability of their peers.

The band’s third album, 2007’s Minutes To Midnight, introduced a new emotional sensitivity on songs like “Shadow of the Day” and “Leave Out all the Rest” that added a depth previously only hinted at, while the next album, A Thousand Suns (2010) was a concept album about nuclear fear that added musical references from trip hop, industrial goth, psychedelic music and more to their usual palette, as well as lyrics inspired by everything from the Bhagavad Gita to Robert Oppenheimer. It was one of the most creative and experimental works by a mainstream rock band this century, and it was only the band’s reputation as rap metal bozos in the music press that kept it from being recognized as the important album it is.

Sadly, when it “only” initially sold a million copies – as opposed to the usual 3 or 4 million the previous albums had done – what could have been the growth of an interesting career trajectory became the familiar story of a band for the most part returning to the formula that made it successful in the first place. 2014’s The Hunting Party was a blatant attempt to duplicate the sound of Hybrid Theory 15 years earlier, with mixed success.

But with the new One More Light, they’ve chosen a completely different path, one that is already causing a great deal of controversy in their own fanbase. Despite singer Chester Bennington’s recent claim that he would “punch anyone in the fucking face” who called the new album a sellout, or a marketing decision, I will risk his ire and say that One More Light is – being generous about it –unabashedly a modern pop album, with very few of the songwriting or musical hallmarks of their previous work. Please don’t punch me, Chester…

But the good news is that less than a handful of the new songs have figured into recent setlists – whether it’s the metallic angst of Hybrid Theory or the more recent rock anthems you favor, these guys know what works, and are still a very exciting live band.

And if you’re still full of adrenaline after the gig, head up to the Jazz Rock Cafe (Slawkowska 12) for the after party.
This is the first night of the Impact Festival – next week we’ll talk about the System Of A Down show on the 17th.