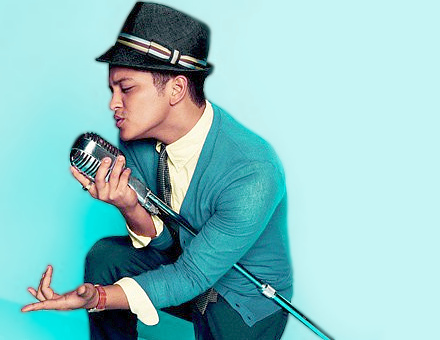 This is truly an event – the last show of what has been, by any measure, the triumphant rebirth of Poland’s greatest rock export. In the past seven weeks, the band has traipsed the boards throughout Europe, proving that there is a future after the tragic death of guitarist Piotr Grudziński in early 2016, and the consensus from critics and fans alike has been unanimous: RIVERSIDE has a new lease on life.

With guitarist Maciej Meller (formerly of progressive rock legends Quidam), Riverside’s live performances have taken on a more exploratory and improvisational element, with perhaps even more dynamics than before. What remains, of course, are the great songs of bassist/vocalist Mariusz Duda. From the metallic crunch of “Second Life Syndrome” to the melodic soulful groove of “The Depth of Self-Delusion” to a new acoustic arrangement of “Lost (Why Should I be Frightened of a Hat?),” this a band that knows it has something to prove and is doing so nightly. Keyboardist Michał Łapaj, in particular, is playing with a new fervor, often reminiscent of icons like Jon Lord and Keith Emerson.

Thoughts of the departed will inevitably rise during “Toward The Blue Horizon,” the song that has come to symbolize the loss of Piotr Grudziński. But any tears shed will be tempered with the knowledge that, with this tour, Riverside have the momentum to create more great music for many more years.

CLOSTERKELLER’S 1990 debut album, Purple, is probably the best known Polish Gothic Rock album of all-time. Although vocalist Anja Orthodox is the sole remaining member of that lineup, it is her vision which has guided the band through another eight studio albums – the most recent of which, 2011’s Bordeaux, was a great return to form. Their last concert here featured a performance of Purple in its entirety, but this show promises to be more of a career-spanning retrospective, including a preview of some new songs from an as-yet-untitled album coming later this year.

Polish music fans sometimes have a kind of misguided inferiority complex about their homegrown artists, but that humility is misplaced; Closterkeller is just one of many artists from many different genres (the above-mentioned Riverside are certainly another) who provide ample proof that the musicians here are as talented and creative as any the world over.

So if you happen to be a goth, or just love the gothic rock of classic bands like Sisters Of Mercy or Siouxsie And The Banshees, here is a chance to experience Polish goth royalty. As you can see in this concert video from 2014, they conjure a certain kind of wonderful dark concert atmosphere that is rare these days.

The difference between BRUNO MARS and virtually every other pop star currently on the charts (with the exception of Lady Gaga) is that he’s a real musician, with a seriously tight hot band that has more in common with the classic days of James Brown and The J.B.s (complete with the band executing difficult choreography while playing complicated arrangements) than it does with the type of sterile pre-programmed digital backing tracks commonly used in the pop and hip hop world these days. As they used to say, these cats can PLAY!

His current show leans heavily on the new 24K Magic album, but of course also includes all of the ubiquitous radio hits of the seven years since his Doo-Wops & Hooligans debut, including the Mark Ronson collaboration, “Uptown Funk”. Between the hits, the choreography, and the glitzy decadence of the elaborate production, there’s never a dull moment.

The phrase ‘post-rock’ is pretty meaningless when trying to describe music; it is essentially a way of saying what something ISN’T rather than what it is. Not blues? Jazz? Metal? Reggae? Hmm…must be post-rock.

Which is to say, of course, that LOST IN KIEV is a post-rock band in the sense that they are none of the above. But for the sake of clarity: their music is very experimental in nature and features complex compositions with walls of distorted guitar and synthesizer noises. It’s mostly instrumental, with occasional vocals – usually spoken word interludes that sound like samples, but are actually generated by the band themselves. It’s very loud, very intense, and very good.

TRANSMISSION ZERO share similar musical DNA – minus the voice-overs, and with a slightly more progressive ambient edge – making this a great night of new experimental rock for a mere 20zł.

For the past 45 years, as a solo artist and with the legendary Roxy Music, BRYAN FERRY has forged one of rock’s most interesting careers, from glam rock pioneer to suave crooner, from singer-songwriter with a uniquely individual voice to smooth interpreter of songs by everyone from Rodgers & Hart to Bob Dylan to John Lennon. The one constant has been the sheer sophistication he brings to all of it, and on Sunday night he’ll be celebrating most of his catalogue – from the first Roxy single, “Virginia Plain” to Dylanesque, his 2007 tribute to the songs of the recent Nobel prize winner.

Roxy Music may never do another tour, but with 2/3 of Ferry’s current set consisting of Roxy or Roxy-related cover songs, this is the next best thing. And at 71, who knows how many chances we’ll get to see this legendary performer again? As even this cell phone video of a recent performance of “Love is the Drug” shows, the man still positively oozes charisma.

Not a concert, but if the tragic death of Soundgarden’s Chris Cornell has got you feeling depressed, this is the perfect catharsis: a chance to hang out with like-minded souls and celebrate the life of this extraordinary vocalist and performer, along with other early 90s grunge artists, which of course inevitably means lots of dead guys like Kurt Cobain, Layne Staley (Alice In Chains), Andrew Wood (Mother Love Bone), Scott Weiland (Stone Temple Pilots), and the still very-much-alive Eddie Vedder and Pearl Jam.

High casualty rate aside, some great music came out of that era, so have a drink or two and toast the life and music of another artist too young to have left us.

And take care of yourselves. Life is really fragile.