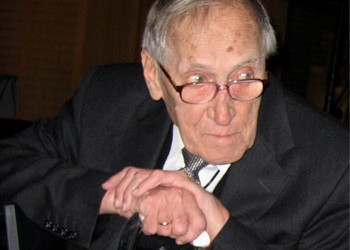 Polish philosopher, intellectual, and eminent professor Leszek Kołakowski died on 17 July at the age of 81. Kołakowski had spent many of his years in exile, where he was free to criticise Marxism, which he called “the greatest fantasy of the 20th century”.

Born in Radom in 1927, Kołakowski spent most of his school-age years educating himself due to the Nazi ban on education for Poles during the occupation. At the end of the war, he first attended Łódż University, where he studied philosophy, and then Warsaw University, where he earned his doctorate and proceeded to teach until 1968.

Like many intellectuals who lived through the Second World War, Kołakowski initially devoted himself to the idea of communism and a fresh start for the country, even joining the Communist Party. However, witnessing the Polish October in 1956 began the processes of disillusionment for the young scholar. A trip to Moscow left the bittersweet taste of communist reality in his mouth, and Kołakowski began to criticise the system, first by advocating a more humanist approach, and then finally by breaking with communism completely.

Professor Kołakowski’s most famous work, and the source of his international renown, is the colossal three-volume Main Currents of Marxism, published between 1976 and 1978. In it, he tackled the history of Marxism from a philosophical perspective, in what is today considered the definitive work on the subject.

In 1968, Kołakowski first emigrated to Canada, where he was a visiting professor at McGill University, and then to the U.S., where he taught at the University of California at Berkeley. He continued living abroad even after the fall of communism in Poland, teaching at several American universities and at Oxford in England.

Kołakowski died in hospital in Oxford.