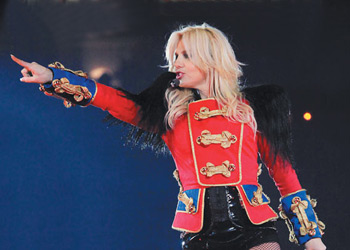 Polish pop fans will have to settle for seeing Madonna in August (at least those old enough to know who she is), as American pop starlet Britney Spears will be bypassing the land of pierogi on her latest tour.

Spears was scheduled to perform in Warsaw‘s Służewiec horse track on Friday, 24 July, as part of her “Circus” tour. However, the performance was cancelled by the Polish promoter due to a contractual dispute that remained unresolved.

The pop singer’s website featured a statement to her Polish fans: “Britney regrets that she will not be visiting Poland’s capital during her world tour. She apologizes to all her loyal fans for the cancellation and hopes to visit the culturally exciting city of Warsaw in the near future.”

Those walking through Warsaw will do best to avoid the stream of tears from teenage girls throughout the city.