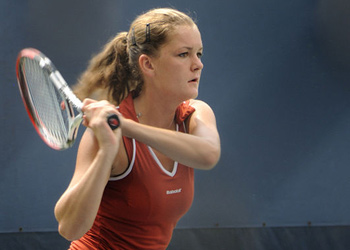 Roger Federer is back where he belongs. After winning Wimbledon 2009 – his 15th Grand Slam title, a record – he is the world’s number one again. His main rival and dethroned former top of the ranking Rafael Nadal did not participate at Wimbledon due to a knee injury.

Former tennis player Pete Sampras, with whom Federer shared the record of most Grand Slam wins (14) called him “the best of all time, now” after his impressive win, where a 16-14 fifth set against Andy Roddick decided the 2009 edition of the tournament on the holy grass of London. Indeed, apart from his 15th Grand Slam, Federer added another two records: it was the Swiss player’s seventh consecutive final at Wimbledon and two days before, when he reached the semifinal, Roger Federer did it for the 21st consecutive time in a Grand Slam tournament. In other words, Federer has participated in every Wimbledon final since 2003 and has been around in every Grand Slam semi-final since Wimbledon 2004. Impressive statistics for this living tennis legend.

In the women’s singles, the final was a confrontation between the Williams sisters, Venus and Serena. It was the latter that was stronger, who defeated Darina Safina, the world’s current number one, in the semifinals and Agnieszka Radwańska from Poland in the quarter finals. Radwańska set out to reach the quarter finals and eliminated the Danish/Polish world’s number nine Caroline Wozniacki along the way, but Serena Williams proved to be too strong. Nevertheless, Radwańska retained her 14th place on the world ranking.