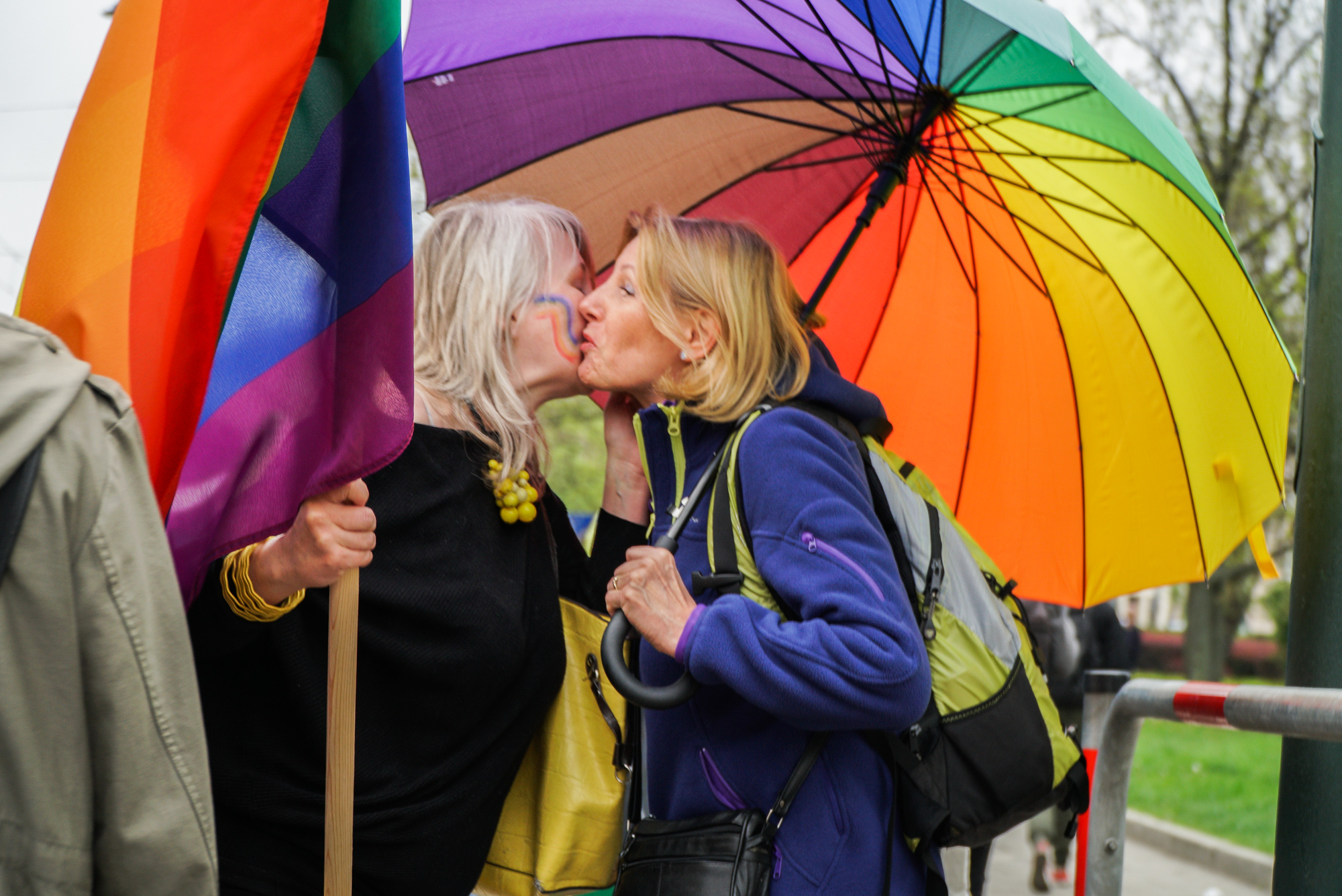 “Homo Homini Homo Est“, proclaimed one of the many signs at Krakow’s LGBTQI Equality March (Marsz Równości) Saturday. It could be translated as “Man is man to another man”, or, more aptly tongue-in-cheek, “Man is a homo[sexual] to another man.”

It plays off the ancient, more cynical Latin proverb “Homo homini lupus”: “Man is a wolf to another man.” And many of the thousands of marchers may have felt they were battling wolves yesterday: wolves of the rainy gray May weather, at least, or of the perennial gaggle of black-clad counter-protesters representing a significant percentage of the largely conservative Catholic country. Nevertheless, the atmosphere was friendly, cheerful, and cloaked in a rainbow of color.

In fact, Poland is rare in Europe for having never criminalized homosexuality in its history. In 2017, however, gay and lesbian couples here still lack rights such as civil partnership and adoption, and it is common for them and other sexual and gender minorities in Poland to face everyday discrimination in their lives. [Read more on this.]

Thus, the annual Equality March for, in their words, “everyone who believes in dignity and mutual respect.” The event aims to highlight these issues. promote greater acceptance, and to provide a sense of solidarity for the community.

You can click through our gallery of photos by Giorgi Zautaszwili from this year’s march below, and photos from last year’s here.

A reader, Christopher Walker, was kind enough to share some of his photos from the counter-protest.