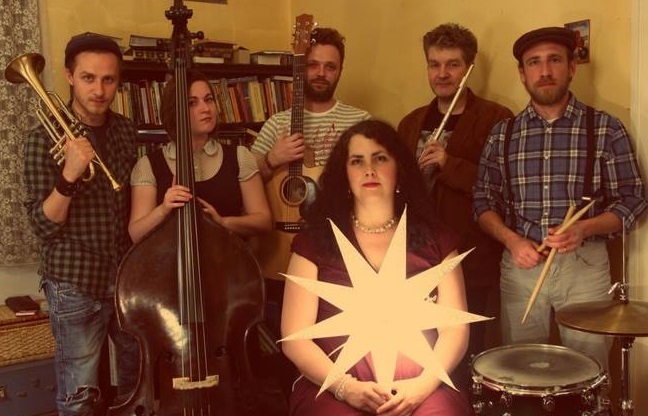 It is never too late to learn Polish!

These series of workshops organized by Speak at Speed will include different games and group tasks and are open for both people who never spoke Polish and these who are already familiar with the language but would like to improve it.

The number of places available is limited to 15 spots. In order to participate, you must sign up here.

These two musical acts are truly some of the treasures of the English-speaking community in Krakow. Vladimirska is a unique folk-pop project centered around the powerful vocals of Canadian Scotia Gilroy. On Saturday they’ll be promoting their new album, Paper Birds, which was featured by both Radio Krakow and Radio Trójka. Also playing will be Karl Culley, whose enchanting and virtuoso guitar-picking is only rivaled by the richness of his poetic lyrics. If you’re looking for music Saturday night, this is a combination not to be missed!

The graffiti community seems to be predominantly a man’s world, but not for this young Czech artist, Sany, who through her indie documentary aims to present female graffiti artist coming from different cities around the world – Berlin, Madrid, Moscow, and Gdansk are just few of them – and their stories of emancipation and success.

The documentary took more than eight years to be completed, and it is still considered the first exhaustive documentary on female graffiti writers.

The screening will be followed by the drum’n’bass Futudrama party. The ticket for Futudrama is only 5 PLN for those with the Girl Power stamp!