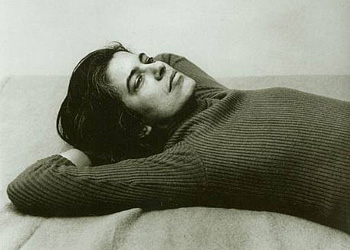 The Karakter publishing house, based on ul. Gazowa in Krakow, is now the Polish publisher of the late Susan Sontag’s works. This fall, they will release their first book by the American intellectual, writer and philosopher, a widely-acclaimed collection of essays titled On Photography (O fotografii).

Originally published in 1977, On Photography is a collection of essays written between 1973 and 1977 that were first published as a series in the New York Review of Books. In the essays, Sontag examines not only the history of photography in Western society, but how it has changed the way we perceive events.

Sontag, known as “the Dark Lady of American Letters”, wrote extensively on photography, and On Photography is still widely read and referenced. In one of the essays, she wrote that ““to collect photography is to collect the world.” And now one part of that collection will be available to Polish readers.

Karakter will release more works by Sontag in the future, beginning with her non-fiction work Regarding the Pain of Others, which re-examines photography and art from a moral standpoint, in spring 2010.