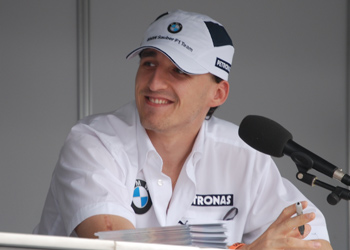 Mark Webber has won the 2009 German Grand Prix. The Australian, active in Formula One since 2001, made an impression by winning despite a drive through penalty because of a touché with Rubens Barrichello directly after the start. Teammate Sebastian Vettel finished in second and Felipe Massa surprisingly placed his Ferrari in third, making it the first race in 2009 without Brawn GP representatives on the podium. Championship leader Jenson Button finished in fifth.

The consequences of this race are that Button sees his lead over Red Bull drivers Vettel and Webber (who have thrown Barrichello out of the second spot) reduced to 21 points. Brawn GP, the team of Button and Barrichello, now only have 20 points left of their once 45-point lead in the constructors championship. Ferrari closed in on Toyota, having only two points to make up to claim third place in the same championship.

The win for Webber was worth a record in the annals of Formula One. It took Webber 129 races to finally win his first race. The previous record holder was Rubens Barrichello. The championship is now open again and it appears to be a fight until the end between the teams of Brawn GP and Red Bull Racing, the latter team clearly in a better form at the moment, before travelling to the Hungarian Hungaroring.

Unfortunately, Robert Kubica played no significant role in the latest race. The Pole did not survive the first qualifying session and the pace of the car wasn’t anywhere near enough to finish in the top eight to score some points. BMW is now contemplating a shift in their their attention to next year’s races, providing Kubica and his teammate Nick Heidfeld with better equipment than this year.