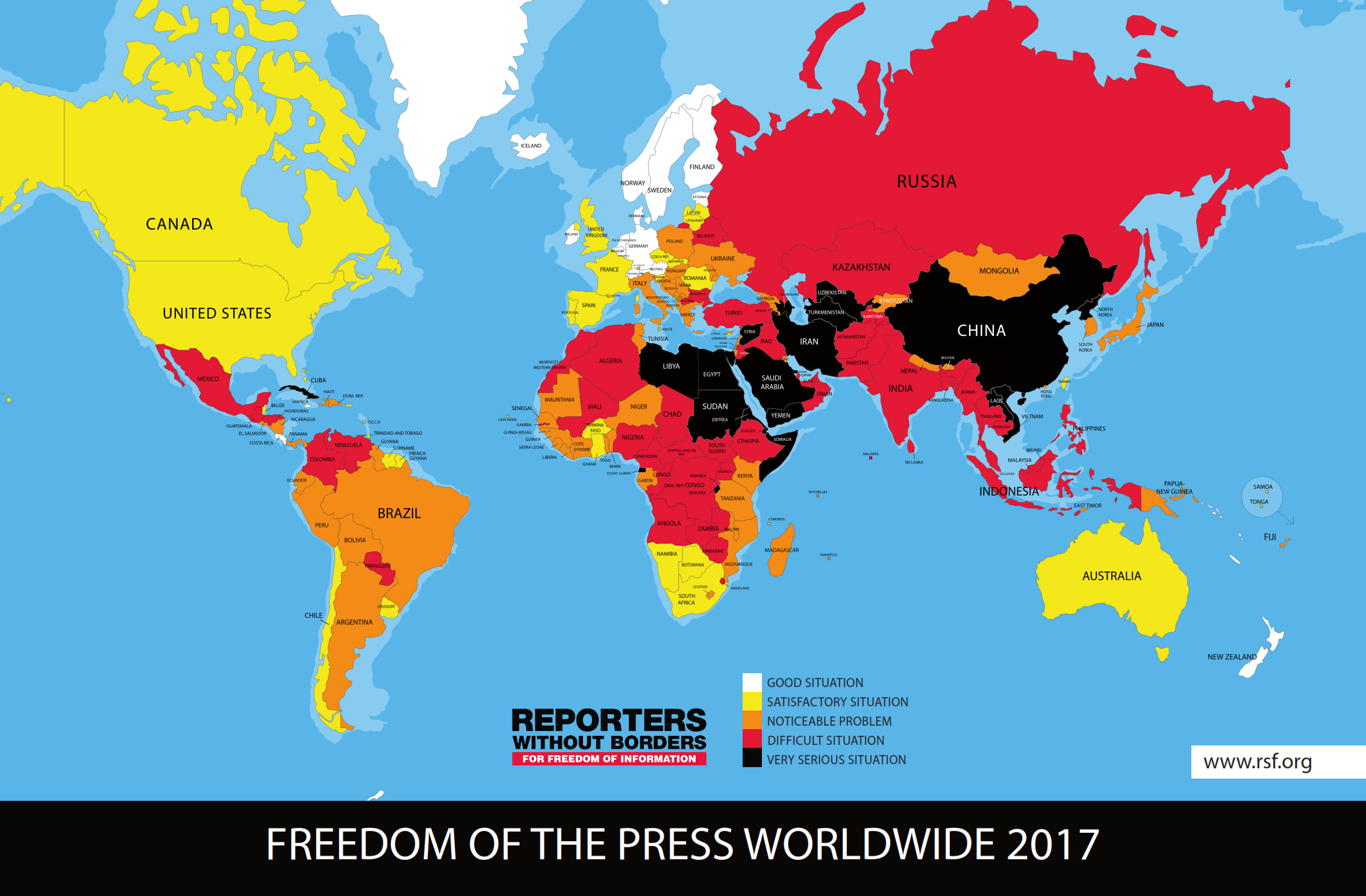 For the second consecutive year, Poland continues its drop in the rankings in the Press Freedom Index, coming in at #54 of 180 countries included in the 2017 report by Reporters Without Borders.

The report cites laws passed since the right-wing Law and Justice (PiS) party came into power in 2015. They place public broadcasters under greater government control and restrict public advertising in independent opposition newspapers like Gazeta Wyborcza. The government also plans to announce this summer a scheme to “re-Polonize” Polish media companies by limiting the amount of foreign investment allowed in them.

The right-leaning Polish Journalists Association (SDP), meanwhile, has accused Reporters Without Borders of double standards for not criticizing PiS’ rival Platforma (PO) party when it made past shakeups to state media staff. In early 2015, when PO was in power, Poland achieved a peak position of #18 in the Press Freedom Index.

The last time Poland was ranked lower than now was in 2007, when it placed #56. At that time, Poland had some of the strictest laws in Europe against libel and defamation – for the latter, journalists could be jailed for up to two years. Journalists then were also forced to swear that they had never collaborated with the communist secret police, or else be banned from their profession for 10 years.

Poland’s 2017 ranking places it just above the northwestern African country Mauritania, which practices de facto slavery and in 2014 sentenced a blogger to death for writing an article critical of the Islamic prophet Muhammad.

Reporters Without Borders, founded in 1985, is a non-governmental organization based in Paris and aims to promote freedom of information and the press worldwide. Their Press Freedom Index has been released annually since 2002. The full report with more information, along with an interactive version of the above map, can be found on their website.