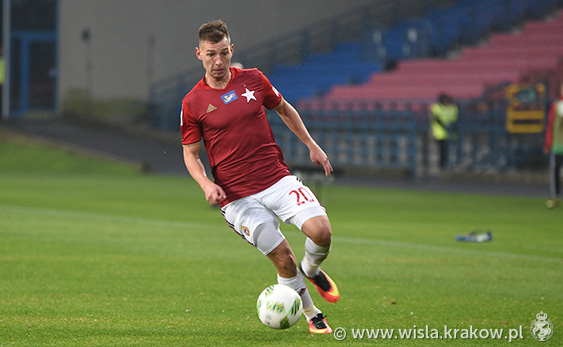 The Polish football season is slowly coming to an end, with two games now left in the regular season, before the start of the Playoffs. Let’s review Cracovia and Wisła’s last two league games.

For their second away game in a row Cracovia paid a visit to Wisła Plock, promoted this season from Division 2, and surprisingly siting in the Top 6 thanks to their strong performances. A trap the Pasy didn’t manage to avoid. Put under pressure from the first second they conceded an early goal but managed to respond quickly with a shot on the crossbar, before equalizing on their next action. A wonder goal from distance from Krakow-born Sebastian Steblecki put them back in the game. But the home side kept the pressure high on the Pasy and pushed them to committing mistakes. They took the lead again thanks to a very questionable penalty, before scoring a third to end. The match rhythm slowed down after the break, but Wisła Plock remained the dominating side, adding even a fourth goal to seal their win.

A well-deserved 4-1 win for Wisła Plock, while Cracovia only extended their series to one win in their last 15 games. At this pace, Cracovia is running straight to Division 2. The Pasy were simply not good against a graceful and strong Wisła Plock, and their defeat settled the Pasy a bit more in the relegation zone.

It was a gala night for Wisła welcoming Lech Poznań, one of the traditional “Big Fish” in Ekstraklasa. An important game for Wisła in the race for next season’s European spots (Top 4). And with over 30,000 spectators, the home fans answered the call of the clash. Adding the great atmosphere and the visual show offered by Wisła Kop. The mood was set.

Sadly, the show was in the stands rather than on the pitch. Despite an animated first half, the game was rather tight and dominated by the visitors, who created most of the dangerous actions. Against the current best defence in Ekstraklasa, Wisła men struggled to get close to the Lech Poznań goal, bumping up against their strong defence or showing a lack of precision at the crucial moment. While Wisla worked hard on saving the draw, it’s the former Celtic goalkeeper Lukasz Zaluska who contributed the most to saving his team a point, thanks to a good few crucial saves.

Coach Kiko Ramírez’s men were probably happy with a point, which consolidates their fifth spot and keeps them in the race to the Top 4.

At last, a breath of fresh air

Last Friday, Cracovia played a “must-win game” against Śląsk Wrocław. With the emergency button switched on, the Pasy had no choice but to book a win and they finally showed attitude. Not everything was perfect in the game, but they fought hard. The game was complicated enough given the situation, the pressure that goes with it, and the tough opponent. The visitors came close to scoring on several occasions, but the Pasy’s efforts to defend were rewarded. Symbolically, Cracovia Captain Piotr Polczak scored the only goal of the game to put the club back on track. This win is crucial because, with the defeat of their competitors involved in the race against relegation, the Pasy got out of the relegation zone. Temporarily.

Cracovia booked their first home win of the year, which allows them to breathe. But what’s coming next are the most difficult teams of all: a trip to face Jagiellonia Białystok (current league leader) before hosting Legia Warszawa before the Playoffs. They couldn’t get worse, but this is where they need to show attitude, just like they did against Śląsk.

Wisła back into fifth gear

Wisła took the short trip to the Krakow countryside to face Nieciecza, a team, strongly settled mid-table and quite tough at home. With 12 goals scored in their last three meetings, both teams got us used to spectacular games. And this one followed the trend.

Offensively speaking, the game got out of control (in the positive sense) with ongoing high-speed actions from one side to another. The two teams were keen to attack and many goal chances keeping both goal keepers very busy and all fans well entertained. What a show with five goals scored in total, a crossbar, a “forgotten” penalty, and an own-goal in favor of Wisła, all on top of many other goal chances.

And while the game seemed to settle with a fair 2-2 result, Wisła took the last 15 min in their hands, dominating and pushing for a goal. Their efforts were rewarded in the extra-times – at the very last moment, in fact, when Mateusz Zachara scored the winner 20 min after coming off the bench. The 27 year old striker joined his partner Petar Brlek on the score board to offer the seventh win in 10 games to his team and keep them well settled in the league table fifth spot, before their games against Zagłębie Lubin then Górnik Łęczna.