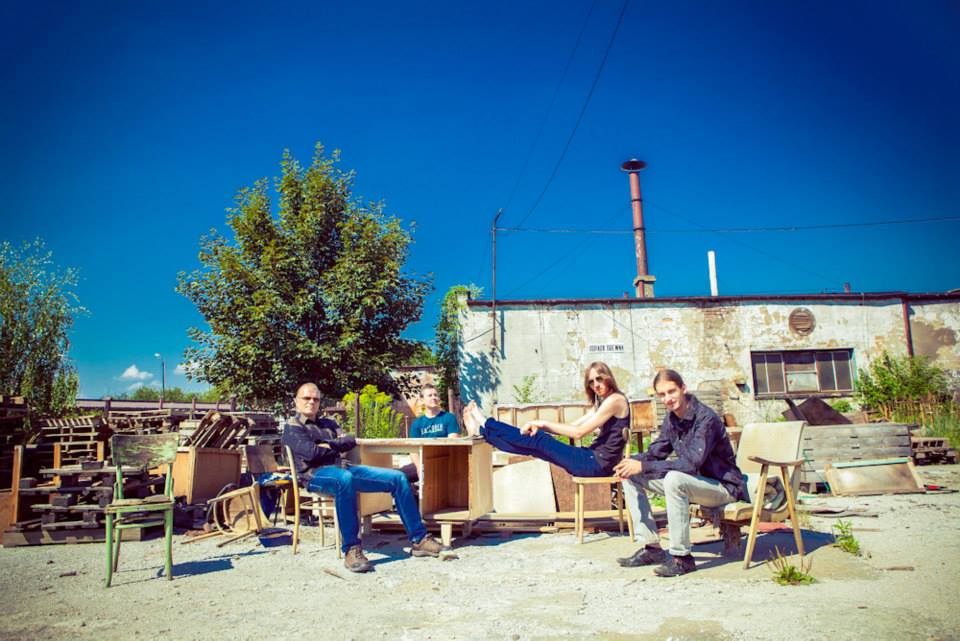 Without music, life would be a mistake. —Friedrich Nietzsche

It was this very week 42 years ago that Jeff Beck released an album called Blow By Blow. It’s a very important album because it was the first time that a bonafide ‘rock star’ embraced the ethos of jazz and created a masterpiece, a true fusion, if you will, of hard rock and jazz that still sounds fantastic nearly half a century later.

BRAIN CONNECT represent the next generation’s evolution of the jazz-rock fusion created by people like Jeff Beck. The band is the brain child of Jan Mitoraj, a Polish guitarist who is simply incredible. Jan is also the guitarist for Osada Vida, but it is here with his solo project that the full scope of his talent is revealed. Jan can wail like a traditional blues master one minute, a jazz player or a metal shredder the next, and throw in some Tom Morello-style modern techniques along the way. He’s truly a rare find; if he lived in the U.S. or Britain, he’d already be a star in guitar muso circles.

There is a distinctly 1970s ethos to the arrangements, compositions, and even improvisations, effortlessly evoking everything from the hard rock of Deep Purple to the prog-fusion of Return To Forever, with a nod to guitar masters like Tommy Bolin and Ronnie Montrose, as well as Beck. And he’s surrounded himself with an array of equally impressive musicians.

If there is a lineage of great Polish guitarists, I would say that he is the next in line from Mirek Gil (of Collage and Believe) to the late Piotr Grudziński of Riverside to Jan Mitoraj. He’s THAT good.

ART OF ILLUSION, from Bydgoszcz, are a perfect match for BRAIN CONNECT, as they have some musical similarities yet a distinctly different approach. Also an instrumental outfit, they have a much (literally) heavier metal influence, and after several career stops and starts, appear to be ready to take off in a big way this year as well.

It’s up to Warsaw’s THESIS to bring the vocals, and their Tool/Porcupine Tree-influenced prog metal will add a more song-oriented approach to the proceedings.

Three excellent Polish bands for 30 złoty? If you have any love for progressive music, you’d have to be crazy, stupid, or addled to not check it out (and no, I won’t be there because I’m still recovering from polyneuropathy and can’t walk well enough yet – damn it! See you next time, Jan!)

Originally conceived as a solo project by guitarist/vocalist Tomasz Lipnicki back in 2000 after the demise of his previous band, Illusion, LIPALI has become an integrated unit over the course of five albums, the latest being last year’s Fasady, which was nominated for a Fredyrk Award (the Polish Grammy equivalent.)

It’s easy to understand why. Lipnicki’s sonorous baritone voice and unique guitar style, set against a background of hard rock is at its best reminiscent of a 1990s alt-rock Nick Drake. Occasionally, it also sometimes conjures the sound of Aaron Lewis and Staind, which is either good or bad depending on what you were doing in 1999.

It’s fitting that the same year that Brit folk rock legends Fairport Convention celebrate their 50th anniversary, Poland’s CARRANTUOHILL are celebrating their own milestone on the ’30 Lat Na Scenie’, or 30 years on the stage tour. Fitting because both have survived through many changes, while never stopping making great music and often collaborating with some of the best of their country’s talent – in CARRANTUOHILL’s case, including stars like Anna Dymna and Anna Maria Jopek, rockers like Dzem, and various orchestras across the world.

But they are often at their best on their own, playing songs that evoke a spirit that celebrates the best in life while summoning a unique inner melancholy – a combination that only comes from the marriage of Celtic music with Polish sensibility.

This is a rare thing that I’ve discovered in other Polish-Celtic bands such as Beltaine – Polish musicians bring something of their home country to the music of the Emerald Isle, resulting in something very special while still staying true to the spirit of the Irish.

Irish poet laureate and Nobel Prize winner Seamus Heaney saw the band during a visit to Krakow and said that CARRANTUOHILL allowed him to “move to the Green Island with no necessity of travelling.” I can’t top that assessment – just go and be transported to the Emerald Isle.

Even though many casual music fans only know them as the band Jason Newsted was in before joining Metallica in 1986, FLOTSAM AND JETSAM are true metal innovators who have been delivering quality melodic thrash for 30+ years, despite lots of turnover in the personnel department. Their 2016 eponymous album shows a band at the top of their game, and reviews of recent shows in the metal media have been effusive in their praise.

Germany’s DEW SCENTED may not have been around quite as long as F & J, but with over a dozen releases (all beginning with the letter “I” for some reason) and more than 15 people passing through their ranks since their early 1990s inception, they have also survived passing fads such as nu metal and rap metal and stayed true to their thrash metal roots.

IZEGRIM adds a bit of death metal with female ‘vocals’ to their thrash – let’s just say that there’s a lot of distorted screaming in that modern way, and it’s all a bit ‘love it or hate it.’