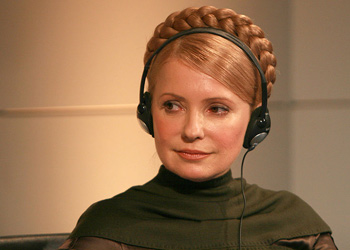 Polish Prime Minister Donald Tusk jetted off to the Ukrainian capital, Kiev, today to reassure the Ukrainian government and people that Poland will not abandon its Euro 2012 hosting partner. He will be meeting with his Ukrainian counterpart, Yulia Tymoshenko, as well as members of the Polish-Ukrainian organising committee.

Yesterday, Prime Minister Tusk told reporters about his plans to back Ukraine in their preparations: “I’m going to reassure the Ukrainian government that we still want to organise Euro 2012 with Ukraine.”

After officials announced in May that only one out of the four possible Ukrainian host cities could be confirmed to put on tournament matches, rumours begin to spread of Poland hosting the Euro with another country if the three remaining cities are not on track by the 30 November deadline. However, yesterday PM Tusk denied that such a situation is possible, saying: “The rumours of another scenario – in other words, a plan for Poland to organise it with another country – are baseless,” he affirmed.