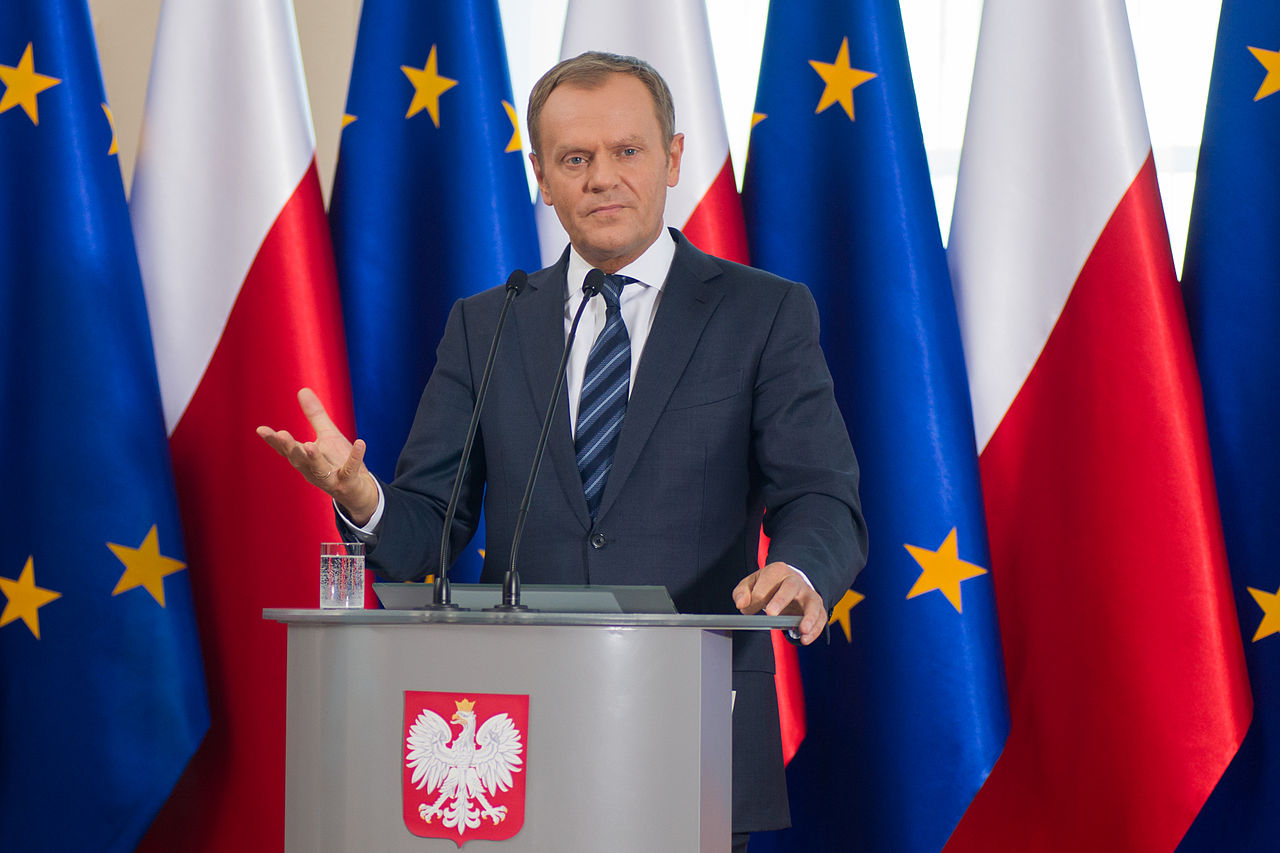 Former Polish PM Donald Tusk, seen here in 2014, was reelected as President of the European Council despite opposition from his former rivals at home

Former Polish Prime Minister Donald Tusk was reelected late last week to a second two-and-a-half year term as the President of the European Council despite opposition from the government of his native country. The ruling PiS party, arch-rivals of the PO party which Tusk headed from 2007-14, fought a strenuous and bitter campaign against Tusk, promoting instead the little-known MEP Jacek Saryusz-Wolksi. In the end, though, Tusk won out 27-1, supported even by Hungary’s Viktor Orbán – usually a staunch supporter of PiS.

“Congratulations,” Polish President Andrzej Duda wrote in a terse letter to Tusk afterward, “on obtaining the support of most European Union countries.” Meanwhile Foreign Minister Witold Waszczykowski accused the EU of “cheating” and warned that Poland would take a “negative” stance toward more EU initiatives in the future.

On the other hand, Belgian Prime Minister Charles Michel dismissed the row as “Polish mood swings,” which seemed to reflect the attitude of many other EU leaders. He added, “Maybe, in the end, Poland succeeded in doing a very good campaign in favor of Donald Tusk.”

Poland joined the EU in 2004, a decision still supported by a large majority of Poles. It remains the biggest beneficiary of financial aid from the EU, receiving billions of euros annually.

The Polish government is seeking to extradite Michael Karkoc, a 98-year-old Ukrainian-American living in a nursing home in Minneapolis, Minnesota for atrocities committed during the Second World War, The New York Times reports.

In 1943, Karkoc was a leader in the Ukrainian Self-Defense Legion, which collaborated with the Nazi SS in mass-killings in eastern Poland and in opposing the 1944 Warsaw Uprising. Karkoc admitted his involvement in his 1995 memoirs, but emphasized that the purpose of the group was to help Germany fight the Soviet Union.

The charges are sought by the Commission for the Prosecution of Crimes Against the Polish Nation, affiliated with the Institute of National Remembrance. Germany considered pursuing the case as well, but decided against it in 2015 due to Karkoc’s age.

Karkoc, a widower after the war, moved to the US in 1949 with his two sons and started a new life there. His son Andriy, 63, said the allegations had been difficult for the family and described his father as “an innocent 98-year-old man who never did anything wrong.”

The price of a Polish wedding

The average Polish couple will spend an average of 20,000-40,000 PLN on their wedding, according to the popular classifieds website oxl.pl. The findings come from an online poll on the “weddings” section of their website. Other findings:

1 A popular Polish joke, as “Donald” [Tusk] has a longstanding rivalry with PiS leader Jarosław Kaczyński, whose surname evokes the Polish work for “duck” (“kaczka”).

2 thoughts on “Poland news bulletin: “Donald vs. the Duck” / 98-year-old sought for WWII crimes / The price of a Polish wedding”