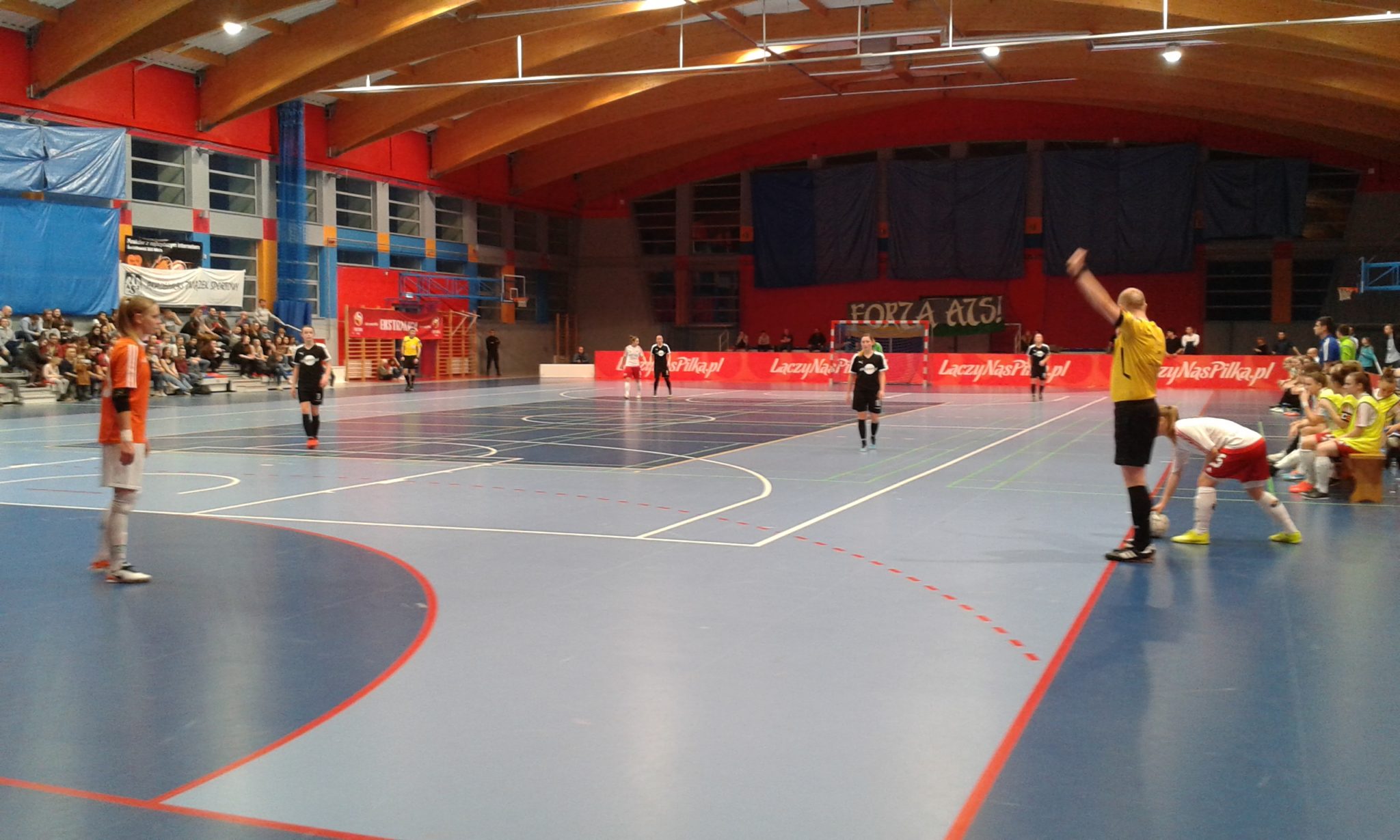 Founded in 1364, the Jagiellonian University is the oldest in Poland and the second oldest in Central Europe. Besides their strong heritage, they also have a strong sports culture with a presence in diverse competitions and teams competing in several categories – indoor football (futsal) being one of them.

And this season, AZS UJ Krakow strongly dominated the “Ekstraliga Futsal Kobiet”. They ended the regular season at the top of their group with 22 points, the best defense and the second best attack. They advanced to the playoffs, where they easily beat AZS UG Gdańsk in two legs and qualified for the “Final Four” Round that took place last weekend in Krakow, and… with TV coverage!

Four teams from Małopolska region featured in the Final Four

On Saturday 4th March, LKS Rolnik B. Głogówek easily qualified for the Final by beating Lex Kancelaria Słomniki (4-0). Right after, AZS UJ Krakow played against TS ROW Rybnik and found the resources to emerge in a tight game. They won 2-1 and earned their spot in the Sunday Final.

The following Sunday, the Consolation Game offered an exciting game between Saturday’s losing teams Lex Kancelaria Słomniki and TS ROW Rybnik. A very intense game won in the very last minutes by Rybnik 1-3. But more than the game only, the atmosphere in the stands was buzzing: parents, friends, and families, singing and cheering with drums and even Vuvuzelas (plastic horns)… top entertainment.

Rolnik Głogówek and AZS UJ Krakow came on stage right after, for the All-Poland Final. And what a game. AZS did not waste a second to get into it, scoring five goals in less than ten minutes… In fact they took the control of the game from the first second and dominated their opponents. Stronger, quicker and perfectly organized, they barely left them any space. The first half ended on a surreal 5-0 score. And while things slightly opened up after the break as Rolnik got back in the game, AZS Krakow remained the dominating side, creating more goal chances but scoring ‘only’ one more goal to seal their win.

And they didn’t only win the trophy, but also all the individual awards: Top Scorer (Anna Zapała, 3 goals), MVP of the Tournament (Justyna Maziarz) and Best Goalkeeper (Karolina Klabis), who had been crowned Best Goalkeeper from the Małopolska region a few days earlier.