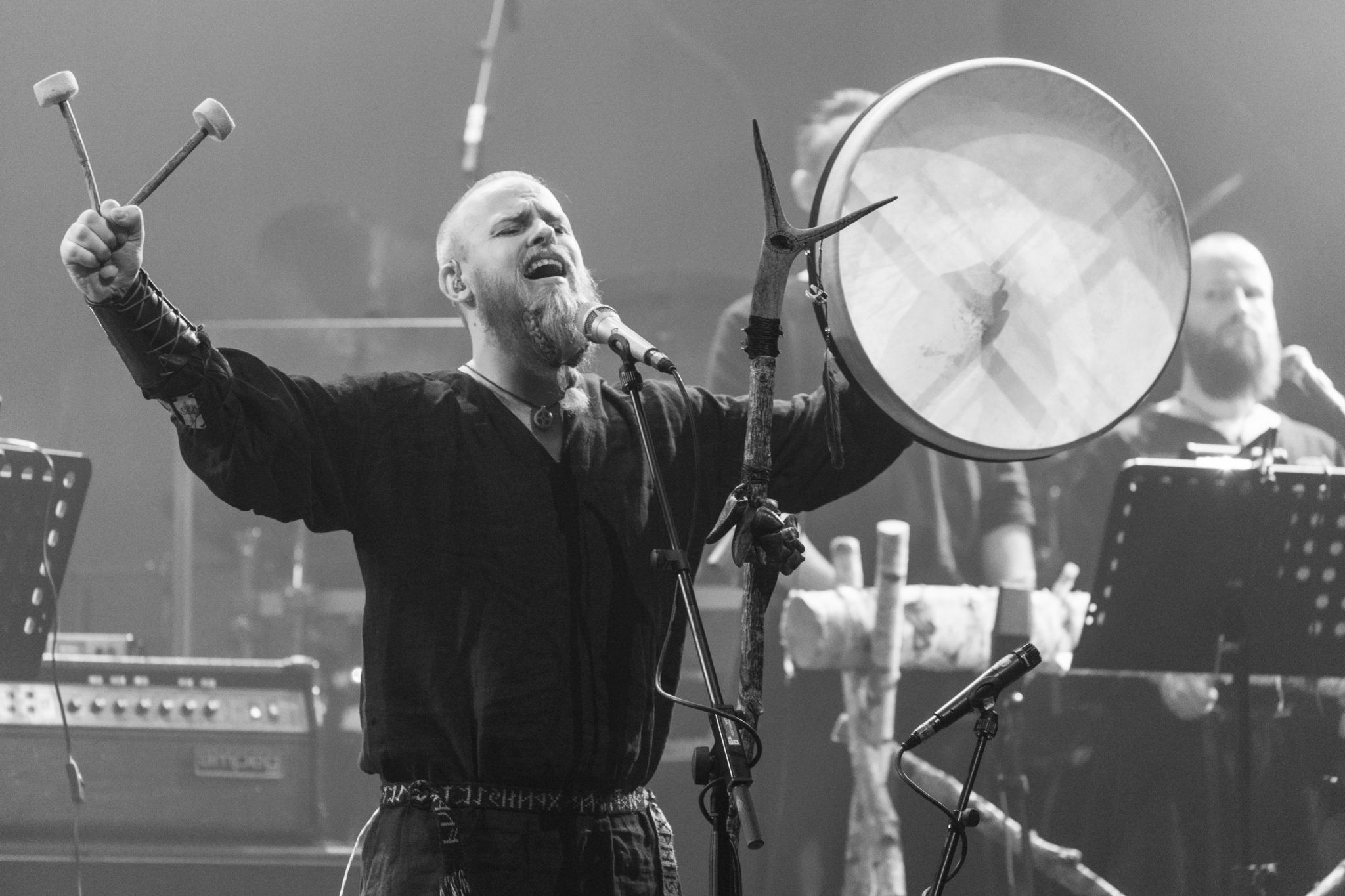 Note: Sorry for the brevity of this one, folks, but what it lacks in quantity, it makes up for in substance. It’s a great weekend to be a music geek in Krakow (and a terrible one to be stuck in a hospital, but hey, that’s MY problem!). These are two shows you NEED to see. But if you can only make it to one, may I suggest:

This will truly be one of the most unique musical experiences of the year. EINAR SELVIK is the main man in the Nordic ethnic/folk/metal/ambient/darkwave band Wardruna, perhaps best known for supplying much of the soundtrack to the hit TV series Vikings, on which he has also appeared. His music is completely original yet based in the traditions of his native country, and while Wardruna shows are major productions in big venues, the intimacy of his solo shows emphasize his abilities as the storytelling troubadour – a role at which he truly excels (in perfect English, in case you’re wondering). Accompanying himself on an array of instruments both strange and familiar, the timbre of his voice is unlike any other, and transports one to another place.

And speaking of being transported to another place, the last time that Hungary’s THE MOON AND THE NIGHTSPIRIT played here (at the late lamented Rotunda club), it was as though time and space were suspended as the entire audience found itself in some beautiful misty netherworld, being serenaded by music from an alternate dimension. No, really, I’m not kidding… But if that’s too far out for you, let’s just say that if you have any love for the ambient darkwave folk of (to name two of its most well known proponents) Loreena McKennitt or Dead Can Dance, then THE MOON AND THE NIGHTSPIRIT will delight and amaze you. Their new album, Metanoia, will be released in a few weeks, but may be available at the show. You’ll buy it.

I cannot recommend this show highly enough. If you’re feeling overwhelmed by the state of the world, and the burdens of the reality in which we are forced to live these days is just becoming too much, and you feel like the weight of all the problems in your own life are just going to make your head explode and you’re MAD AS HELL AND JUST CAN’T TAKE ANYMORE… sorry, I may be projecting a little, but still… may I humbly suggest that a Viking troubadour singing and telling tales of  historic legend, and the voice of an angel (Ágnes Tóth) lulling you with pagan fairy tales is EXACTLY the blissful escape you need! It’s a vacation you can afford.

In five short years, Sweden’s BLUES PILLS have made quite a name for themselves as one of Europe’s leading psychedelic blues rock outfits, especially as a live act. This is in large part due to vocalist Elin Larsson, a vision straight out of 1967, with the voice to match. She belts out the blues with the authority of someone twice her age, and the musicians backing her are equal to the task. Significantly, BLUES PILLS have a wealth of strong original material as well, so this ain’t just a nostalgia trip.

If Elin Larsson is the experienced hippie-earth-mother-blues-mama, Warsaw’s AGYNESS B. MARRY is her little sister that ran off to college, joined a punk band, and scrawled “FIGHT THE POWER” across her dorm wall in spray paint. Her music has a PJ Harvey-Liz Phair vibe that is reminiscent of the 1990s – equal parts angst and melody.

But if dark folk rock crossed with the gothic Americana of the Deep South is your thing, the night will probably belong to THE FERAL TREES, featuring Moriah Woods, a woman whose voice has a storyteller’s presence crossed with a traveller’s experience, and if we’re going to continue the (borderline sexist) sisters metaphor, she’d be the one that stayed in her room writing poetry, reading Edgar Allan Poe, and listening to Nick Cave, Leonard Cohen, and Johnny Cash before leaving home to travel the world alone (I should probably mention that all of this is complete fiction – I know nothing of Moriah’s background – that’s just what I hear in her voice…)

Now picture her fronting a band that sounds like The Bad Seeds (circa Murder Ballads) and Crazy Horse meeting in a dark forest at midnight. Intrigued yet?