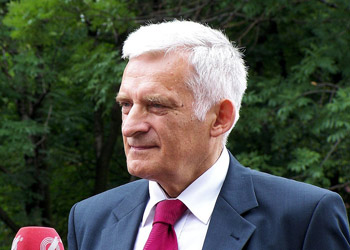 Jerzy Buzek, a member of Prime Minister Donald Tusk’s Citizens’ Platform Party (PO), is very likely to serve as the next president of the European Parliament. If elected on 14 July in Strasbourg, the Polish MEP would serve until 2011.

Until today, Mario Mauro was a possible rival for the presidency. However, the Italian MEP, who also serves as one of the 14 vice-presidents of the European Parliament, withdrew from the presidential race. When speaking to Gazeta Wyborcza, Mauro said he based his choice on the need for unity: “The Christian Democrats must send a signal that they have clear political goals and know what they want to achieve. Making the impression of being divided at this time would be a disastrous thing. That’s why I had to forego my personal ambitions and give way to Jerzy Buzek.”

If elected, Buzek would be the first European Parliament president not only from Poland, but from any former Eastern Bloc country.

Buzek served as prime minister of Poland from 1997 until 2001. In 2004, he was elected to the European Parliament. Buzek is also a professor of technical science, with honorary doctorates from the universities of Seoul and Dortmund, and last taught at the Opole University of Technology.

During communist times, Buzek was an activist and member of the Solidarity Party, presiding over national meetings and holding an organisational role once the party was outlawed.