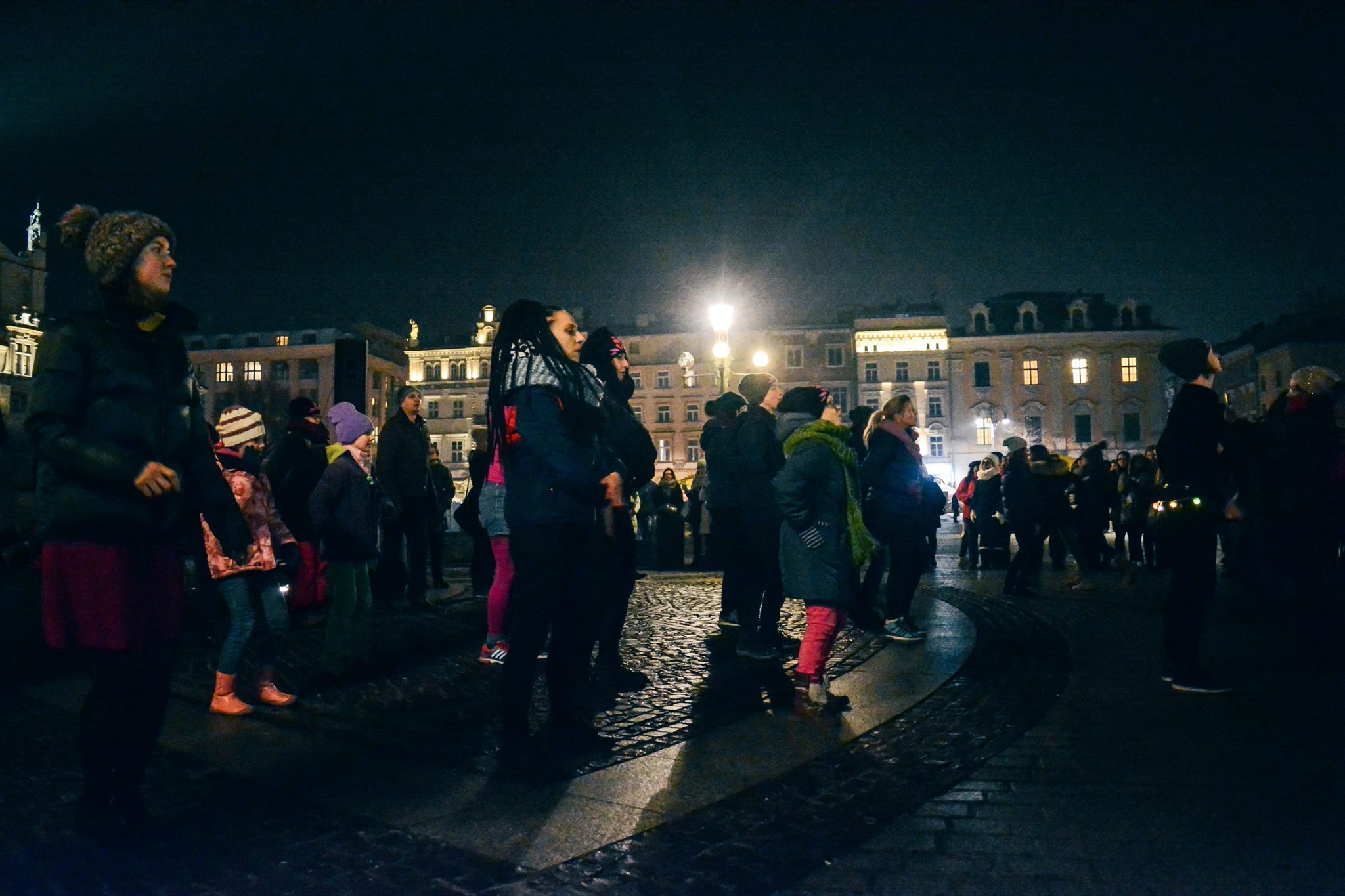 Over the weekend, a crowd of people gathered behind metal barriers at Wawel Royal Castle to protest a visit by Jarosław Kaczyński. The leader of the ruling PiS party was ostensibly there to honor his twin brother Lech, who died in the 2010 Smolensk plane disaster and is buried at the castle. However, the demonstrators charge that his monthly visits are designed as highly visible political stunts, and that Wawel should not be exploited for such purposes. They also signed and delivered a petition to the Archbishop of Krakow urging him to join them in their opposition to practice. [Radio Krakow]

The NGO Polish Medical Mission (Polska Misja Medyczna) has identified five injured children from the war-torn Syrian city of Aleppo who may receive treatment in Krakow. The patients are amputees who cannot properly be treated in Syria or Turkey – for example, 11-year-old Hibe who lost both legs in a bomb explosion three years ago and now has prostheses which cause her extreme pain. Krakow Mayor Jacek Majchrowski supports the initiative, but it still requires approval by the city council as well as the issuance of temporary visas for the children. [Onet]

It is a tragic reality that one in three women in the world will be beaten or raped during her lifetime, most often by an intimate partner. Last week, 30 women, men, and children gathered on Krakow’s Main Square as part of the global movement One Billion Rising to dance together in protest of this. In particular, they aimed to bring visibility to date rape, which they say is less acknowledged in Poland than in the West. [Nasze Miasto]

The tension between the European Commission and Poland’s ruling PiS government is unlikely to result in a formal rebuke which could pave the way for sanctions against Warsaw, Politico reports. Despite the looming deadline imposed by the EU on the Polish government to reverse its controversial changes to the Constitutional Tribunal – not to mention strong support by Frans Timmermans, the Commission vice president overseeing the probe – the Commission would not likely be able to secure the unanimous vote necessary to warn or punish Poland. [Politico]

During a two-day meeting of NATO leaders last week, Polish Defense Minister Antoni Macierewicz urged Poland’s allies there to support its investigation into the 2010 Smolensk, Russia plane crash which killed Polish President Lech Kaczyński and other high-ranking government officials. Although the disaster was ruled an accident by both Russian investigators and the previous Polish government, many in the now-ruling PiS party support widely discredited conspiracy theories involving Russian foul play. Macierewicz requested both information sharing as well as the use of resources like laboratories in the reopened investigation. [Radio Poland]